IT IS NEVER TOO LATE

CHECK OUT THE INVESTIGATIVE ACTION OF ŽURNAL: We obtained a medical high school diploma in 17 days

Our journalist obtained the diploma of medical high school in Sanski Most, recognized in entire BiH and European Union, in two weeks. Mediator asked for 2,500 BAM for an urgent diploma. The documents read that prequalification lasted for two years. The diploma was formally issued even before we submitted the documentation 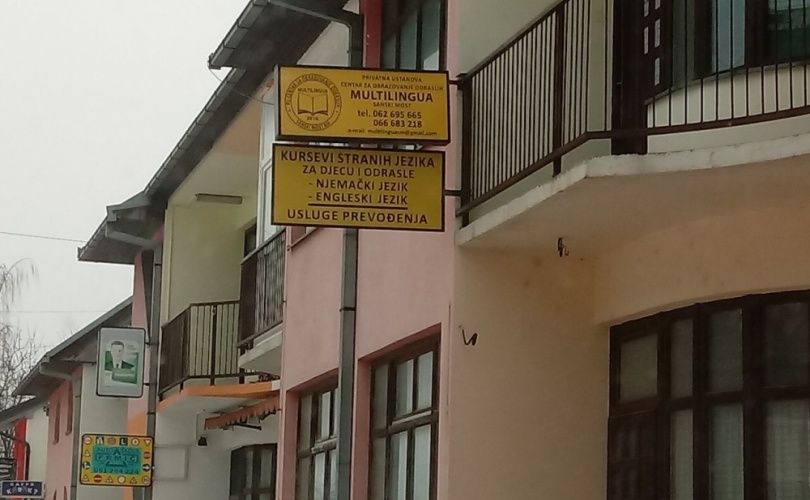 Our journalist obtained the diploma of medical high school in Sanski Most, recognized in entire BiH and European Union, in two weeks. Mediator asked for 2,500 BAM for an urgent diploma. The documents read that prequalification lasted for two years. The diploma was formally issued even before we submitted the documentation

Without being present in a single class, in only seventeen days, during holidays, Žurnal journalist graduated at medical high school. With very good grades (en. B). She submitted the documents on December 20, 2018. She received the certified diploma, certificates for all four grades of high school on January 3, 2019. In her own name.

Medical high school in Sanski Most diploma reads that student Azra Omerović applied for “prequalification“ on November 22, 2016, and that she successfully completed the education on November 15, 2018, namely one month before she actually submitted the “required documentation“. Grade certificates read that she successfully passed exams in anatomy and physiology, hygiene with health protection, microbiology, medical psychology, communicable diseases, pathology, surgery, pharmacology, and, thereat, “did“ the practice a well.

The story starts in mid-December. Žurnal obtained the documentation  from police and judiciary agencies which state that high school diplomas are being sold in F BiH, and that, more or less, everything is direct connection to the Centre for Education in Široki Brijeg, which is supported by businessmen close to HDZ BiH. The documentation we own states that money from Široki Brijeg was used for establishment of secondary and tertiary educational institutions throughout Federation BiH, and that those institutions are issuing suspicious diplomas. Names of mediators who operated in certain cities and obtained required diplomas in exchange for money are listed. Senad Pehlivanović from Fojnica was in charge of Sarajevo region.

For prequalification, he said, in school, it will take at least one year. Pehlivanović needs a lot less time. It only requires 2,500 BAM for him to ”give to directors and others”. Even though he was suspicious at the first meeting, Pehlivanović agrees on December 20, 2018, to obtain by January 15, 2019, the latest a medical high school diploma for colleague Azra Omerović, in her own name. Since we refused to give the money beforehand, Pehlivanović said that he will have to ”look for alternative solution”, and that he will not go via Široki Brijeg this time. At the same meeting, he gave a ”special phone number” to my colleague, one he uses for diploma arrangements. Phone listings, in Žurnal’s possession, show how that number was used exclusively for contact with Centre for Education in Široki Brijeg.

“All done”, stated the text message Pehlivanović sent on January 2, 2019, at 14:46 to a number which was used by Žurnal team for the needs of this investigation.

Handover was scheduled for January 3, 2019. Pehlivanović appeared at the agreed place with grade certificates and diploma on completed medical high school in Sanski Most. Certified, with fourdrinier watermark and legible signatures, with grades in courses that student Azra Omerović never attended.

The diploma reads that medical technical school is integrative part of Private Institution Centre for Education of Adults Mutlilingua in Sanski Most. Formal founder of the school in Sanski Most is Maida Cepić-Habibović. Her husband Šemsudin Habibović is procurator without limitations. He is the signatory party on the diploma issued in the name of Azra Omerović. Maida Cepić Habibović is, aside to this, also a director of Public Institution Mixed vocational high school Sanski Most. Her husband and the diploma signatory party, Šemsudin Habibović is councillor in Sanski Most Municipal Council. He is currently in A-SDA.

For the past few years, this Centre exclusively worked with Una-Sana Canton Ministry of Internal Affairs. They work on translation of penal records sheets from Dutch and Slovenian. The official web site of Medical school states that they educate adults in medical field.

The web site states that students of this school gain the right to internship and taking the state exam. Offered professions are nurses and home nurses.

“Our diplomas and certificates on professional competence are recognized both in BiH and EU countries”, reads the web site of the Centre for Education of Adults in Sanski Most. 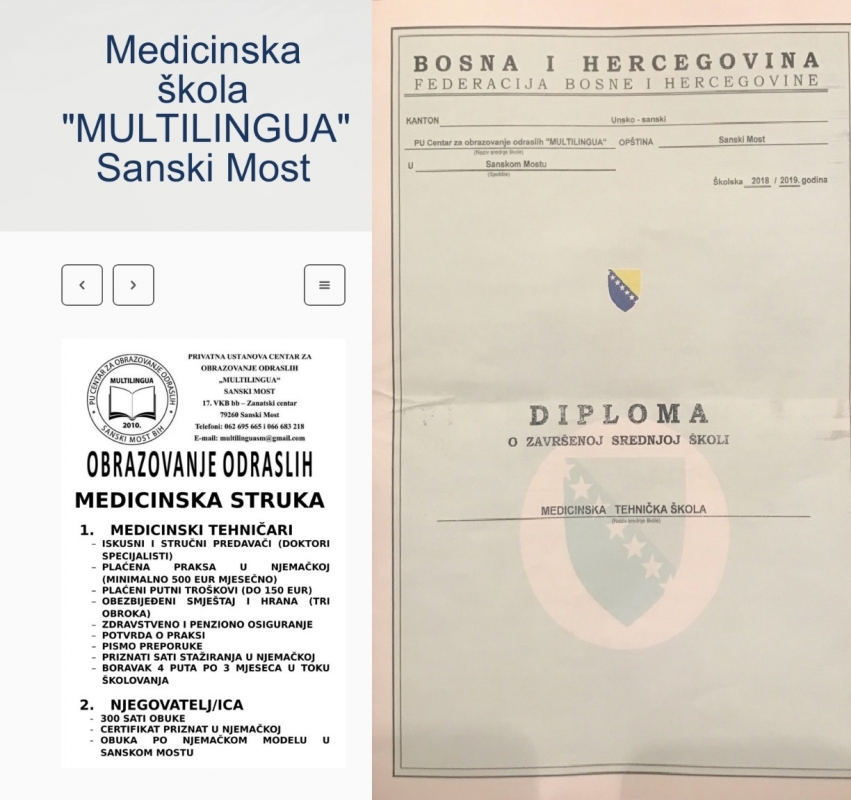 That very diploma, recognized in BiH and EU, was obtained within 17 days by Žurnal journalist. Without attending any classes.

All the documentation that our team used as basis for the investigation, was available to the Prosecutor’s Office BiH. They, however, did not want to investigate. We will bring all details of involvement of state prosecutor’s office in our next article, on Saturday, January 5, 2019. 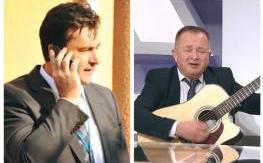