Lost between the political crisis in the country, war topics, floods, price increases, topics about the coronavirus have less and less place in the media. Although the oxygen and respirator scandals have not been resolved, along with numerous lawsuits for the deaths of Covid-19 patients, less and less attention is being paid to the fact that people are still dying and hospitals are once again overcrowded.

Since the political crisis in Bosnia and Herzegovina escalated, hundreds of our fellow citizens have died from the coronavirus. While we were hearing about a possible war, transfer of competencies, constitutional changes... The number of infected and dead was growing, but those deaths were no longer in focus.

According to Worldometers, the daily average deaths from coronavirus in BiH in the last two months range between 30 and 36.

In two days of November - 9th and 10th, 57 of our fellow citizens died as a result of the coronavirus.

Out of nearly 261 thousand infected people in the country, 11,900 people have died so far.

At the top of the list by number of deaths

Bosnia and Herzegovina is at the very top of the list in terms of the number of deaths from Covid-19. This has been the case for months and the situation has not changed significantly. The first is Peru, followed by Bulgaria and BiH with a slight difference in the number of deaths. According to Worldometers, the average death rate per million inhabitants in Bulgaria is 3.7 and in Bosnia and Herzegovina 3.6. Only Peru is ahead with 5.9 deaths per million inhabitants.

Earlier, that figure was even more drastic - at one point, BiH had as many as 23 deaths per million inhabitants in a dramatic wave of infection, and later it was the first on the list of European countries in terms of the number of deaths. Since long ago, it holds the infamous "record" among the top five countries in the world. 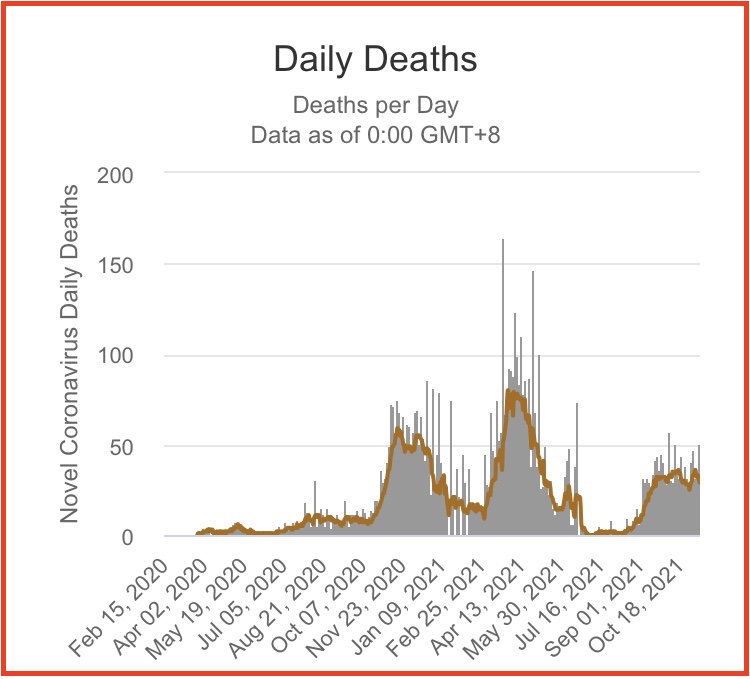 Lost between the political crisis in the country, war topics, floods, price increases, topics about the coronavirus have less and less place in the media. Although the oxygen and respirator scandals have not been resolved, along with numerous lawsuits for the deaths of Covid-19 patients, less and less attention is being paid to the fact that people are still dying and hospitals are once again overcrowded.

Although, from most of the hospitals we contacted comes quite reassuring news that the hospital capacity at the moment is sufficient to accommodate patients (with some exceptions), from each of them comes a clear message that the situation can change if the number of patients increases drastically.

Cantonal Hospital Dr. Irfan Ljubijankić in Bihać has opened the third covid ward, which she uses when the number of patients exceeds 50. At the moment, there are seven patients in the intensive care unit of this hospital and 39 in the wards. They have a central oxygen storage that can meet the needs for seven days:

- The condition? It was worse. Last year at this time we had about 90 patients on average. Mostly everyone receives oxygen and patients are in intensive care on invasive and non-invasive mechanical ventilation, on a respirator. However, although we are covering these needs now, we cannot say that it is good, because we do not know when it will erupt again - says Almir Kovačević from the Bihać Hospital.

They recently stayed at the RS Clinical Center in Banja Luka, where they witnessed that the influx of patients is huge.

In Republika Srpska, almost 95 percent of hospitalised patients are unvaccinated. The youngest patient on a respirator was born in 2000.

The UKC RS says the number of patients has risen dramatically in recent weeks. In the last ten days alone, they have examined more than a thousand patients. They see the cause in the weak response to immunization.

- The ignorance of our people leads to people seeking advice in inappropriate places. I am asking the citizens to trust the doctors and to contact us in a timely manner for any doubts - said Slavica Zeljković, the head of the RS Emergency Center.

About 800 cases are currently active in Zenica-Doboj Canton and about 60 percent of the hospital capacity has been filled:

- The data indicate that the disease now occurs in the largest number among the unvaccinated population, even among younger people, which are all arguments that indicate the great importance of vaccination - they say in the crisis headquarters.

Back in September, the University Clinical Hospital Mostar postponed the provision of non-emergency services and turned one ward in the main hospital building into a covid ward due to the increased number of patients. This is the result of non-compliance with measures and a rather poor response to vaccination. Although the HNK began to talk about acquiring collective immunity, the crisis headquarters reacted with disapproval:

- At this moment, we are struggling with serious difficulties because the number of infected people is increasing. We have a serious situation. Our health care system manages to deal with this, but we call on the citizens to take it even more seriously and respect the measures that are in place.

The hospital in Mostar is not the only one that at one point had to stop providing services for other diseases. This practice was frequent and expected in the spring of 2020, at the very beginning of the pandemic, when such recommendations were made by the crisis headquarters.

But a year and a half later, such cases still happen. During the month of September, a small number of patients could not be admitted to the hospital in Nevesinje because there was no room. Out of about 11 thousand insured people in Nevesinje, about 2,700 people have been vaccinated so far.

Hospital in Livno without medicines and resources for work

The cantonal hospital in Livno, from which dramatic appeals came at the beginning of the pandemic when there were no tests for the detection of Covid-19, today faces great problems when it comes to procuring the simplest equipment and supplies, and medicines.

At the end of October, the hospital suspended the cold program due to the impossibility of procuring medicines, and the wards were left without antibiotics and other resources necessary for treatment.

Suppliers have been delivering medicines and other goods for years, aware that the hospital cannot meet the 60-day payment deadline per invoice. At the moment, the suppliers condition them with an advance payment in order to deliver the goods. The hospital is financed through a contract with the Cantonal Health Insurance Institute. The director of the hospital, Mladenka Perković, stated that the amount of money that the Institute provides to the hospital in its annual contract is not sufficient for salaries as well as for the regular operation of the hospital in normal conditions. 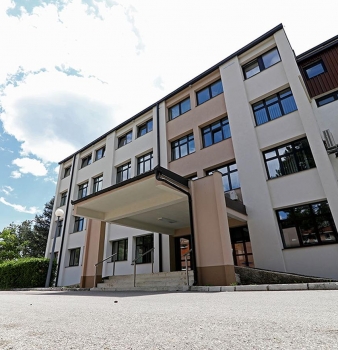 - Even before the signing of collective agreements, the financial situation in the hospital was bad. The hospital was operating at a loss, and by creating additional liabilities and not providing funds to cover the liability, even greater debts were created in the hospital's operations.

The pandemic has further exacerbated an already difficult financial situation:

- Thanks to the help and donations of good people, in a short time they came to a certain amount of protective gloves, masks, suits, disinfectants, and other protective equipment, to provide patients and employees with protection in the conditions in which they found themselves.

In addition, in such a difficult situation, Perković emphasizes, the FBiH Tax Administration has activated the decision on limiting the right to dispose of funds in the taxpayer's account from 2016 and supervises the payment to all-natural and legal persons.

The total debt of the hospital on December 31 last year in 2020 amounted to 14.4 million KM without legal default interest. Debt to suppliers alone amounts to 6.3 million KM.

- In the past six months, I addressed our founder and the Government on several occasions on various issues in order to eliminate the above problems, but to date, we have not received any concrete answer, that is, no measures have been taken to solve the problems - said Perković.

Although the founders of the hospital in Livno are the Assembly and the Cantonal Government, according to the director, since the beginning of the forced payment procedure until now, the founders have never considered concrete measures to solve problems in health care.

If the Assembly and the Government, she warns, do not take concrete measures to eliminate the problem of inherited losses, the hospital, the only health institution in the canton that provides a secondary level of health care, will be disabled.

The problem that hospitals face is the lack of equipment and staff. According to the decision of the crisis headquarters of the Federation of BiH, hospitals are prescribed the percentage of patients who have to be taken care of in one canton. In Sarajevo Canton, the General Hospital must provide 30 percent of the capacity for patients from this canton, which is why they have been asking for months for the purchase of new equipment and the employment of additional medical staff.

There is a lack of nurses and technicians and doctors. The Minister of Health of KS, Haris Vranić, recently visited health institutions in KS - General Hospital, KCUS, and health centers, so the results of that visit in the form of procurement of equipment and employment of staff are eagerly awaited. About 70-80 patients are being treated at the General Hospital in Sarajevo. More than 90 percent of them have not been vaccinated. 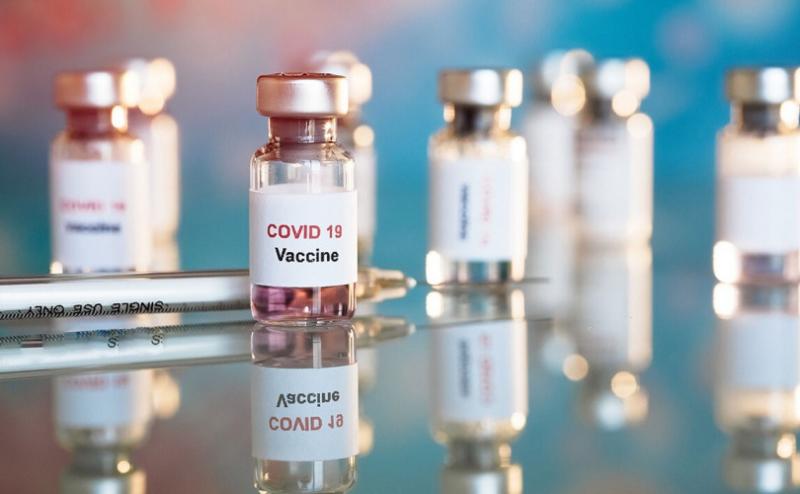 UKC Tuzla has opened another covid hospital, so although the number of patients is growing, for now, they can receive everyone who needs it. But even here, the response to vaccination is not satisfactory. By October this year in Tuzla Canton, about 26 percent of those over 18 were vaccinated with the first dose and 19 percent with both doses.

At the top of the list in terms of the number of deaths, BiH is at the bottom in terms of the number of vaccinated. The last one is in the region with about 680 thousand vaccinated. That is close to 20 percent of the adult population, according to the Ministry of Civil Affairs. The Ministry of Civil Affairs does not have data on how many BiH citizens were vaccinated outside BiH, in one of the countries in the region. Most vaccinated are in the Sarajevo Canton, where nearly 50 percent of adult citizens are fully immunized. After BiH, the least vaccinated are Albania - 31 percent fully immunized, Northern Macedonia (37), Montenegro (33), Kosovo 41, Serbia 43, Croatia 44, and the most, Slovenia, which immunized more than half of the population, or 54 percent.