For the president and vice presidents of FBiH, according to the report, the insurance time is 24 hours. As stated in the report, the President and Deputy Prime Minister of the FBiH Government in Sarajevo are housed in official apartments of the FBiH Government called “Lipa” in Derviša Numića Street, while FBiH Vice Presidents are secured in other locations, namely Skenderija 18 and Bosanska 9.

POLICE PROTECTION OF AN EMPTY APARTMENT

Melika Mahmutbegović, one of the most loyal cadres of the SDA party, was appointed Deputy Prime Minister of the Federation of BiH in 2015, and she is also a member of the Federal Parliament.

Vice President Mahmutbegović is a specialist in general surgery and has been involved in politics for more than 20 years. She was a member of the SDA in the Central Bosnia Canton Assembly, and was then elected to the Federal Parliament three times. In the property card she submitted to the CIK after the 2018 General Elections, Mahmutbegović stated that she owns: an apartment in Bugojno, which is estimated at 80,000 KM, and an occupancy right to an apartment in Sarajevo, whose value she estimated at 150,000 KM.

However, as colleagues from the Center for Investigative Reporting discovered, Mahmutbegović did not state in her property card at the time that there were more in these cities: two apartments, two business premises and three garages. 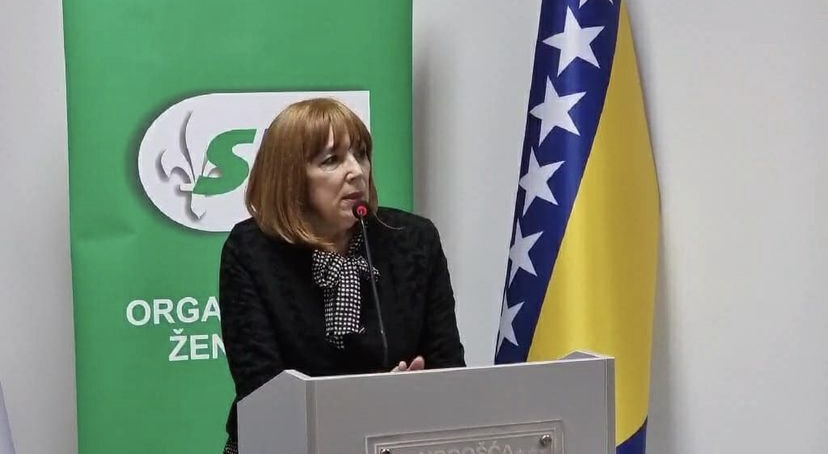 She shares some of these properties with her sisters Maksida Mahmutbegović and Maida Jusić. One apartment, office space and two garages are located in Bugojno, three sisters bought them in 2009. The Mahmutbegović family has lived there since 1952, and acquired ownership of the real estate in this building on the basis of the Law on the Purchase of Apartments with Tenancy Rights.

The sisters bought second apartment, office space and garage in Sarajevo at the end of 2010 for almost 693,000 KM. Mahmutbegovic also did not mention the property of her daughter Neira Džumhur. She did not do that in 2010 either, when she stated that she was supporting her daughter.

Namely, in 2008, as a student, Neira bought a two-bedroom apartment in Sarajevo for 170,000 KM. Neira is also the owner of an apartment in Sarajevo that she bought in 2010, the same day her mother and aunts bought three properties in the Sarajevo neighborhood Malta, for which she paid almost 155,000 KM.

The 80-square-meter apartment that Melika Mahmutbegović did not report in her property card, and which is located at Skenderija 18, is under 24-hour protection by members of the Federal Police Administration, according to the FUP report. However, Melika Mahmutbegović has not lived in her private apartment for almost seven years, but in an official apartment given to her by the Government of the Federation of BiH, at the location of Derviš Numić, where the Government’s official apartments are located. 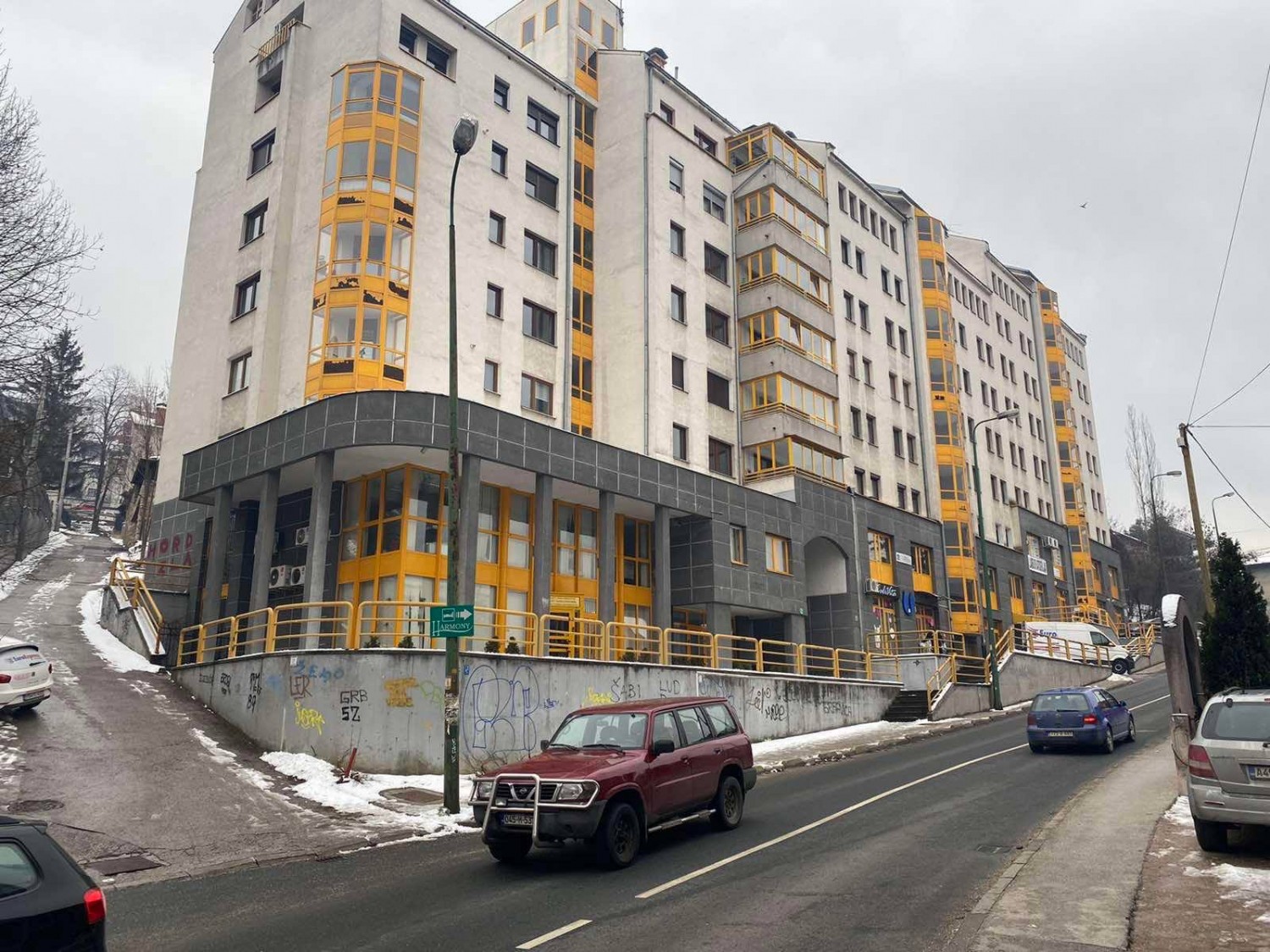 The information that Melika Mahmutbegović uses the official apartment of the FBiH Government was confirmed by the Service for Joint Affairs of Bodies of the Federation of BiH, saying that “in accordance with the Decree on Criteria and Manner of Providing Use of the Official Apartment for Temporary Accommodation, Vice President of the Federation, in accordance with the function She performs, by the Decision of the Commission for Resolving Housing Issues of Members of the Federation of BiH and their Advisors of 12.03.2015. year and the Agreement on use, uses the official apartment for temporary accommodation.”

MAHMUTBEGOVIĆ: FROM MY SALARY I PAY DIRECTIONS IN TWO PLACES

In a conversation with the Deputy Prime Minister of FBiH Melika Mahmutbegović, why her private apartment, in which she does not live at all, is under police protection and how she was provided with an official apartment when she owns a private apartment in Sarajevo, she pointed out that after she won the mandate in 2015 and when she came to the apartment, that a renovation was being done since she did not expect to be vice-president and that the apartment could not be used for almost half a year.

”Melika Mahmutbegović points out technical problems as the reason why she uses official accommodation. Namely, as she claims, she did not want to create additional crowds in front of her apartment at 18 Skenderija Street, considering that there is also a kindergarten at that location.

“I have no right to complain about salaries as they are, but I pay two sets of utility bills from my salary and I still pay rent for official accommodation here. The question is ‘Why am I doing this?’. For the simple reason that I saw that my stay in Skenderija caused two technical problems. I have a car and by law, I have that official police escort. There is a kindergarten near Skenderija and in the morning it is so crowded in the parking lot and parents bring their children there. Trust me, that stopping of traffic when the police came to pick me up was a shame and inappropriate from the perspective of ordinary people, that I am now creating a chaotic situation there. I speak extremely honestly, “said Mahmutbegović.

“I saw that this was a technical problem and in 2016 I sent an official letter to FUP to have them remove that house. Now I pay in two places so as not to disturb anyone, because it is indecent for me now to come and stop the traffic, those children there,car after car, and that was my motive for using government accommodation. I could not wait for that mandate to expire, this is now a technical mandate and it was not extended by my will. Now that I have thrown out some figure how much I have spent… I spent about 35 thousand KM extra for something I don’t need “, explained Melika Mahmutbegović.

However, the Federal Police Administration, when asked why the police house in front of the private apartment of the FBiH Deputy Prime Minister, which is not used, was not removed, and a letter was sent for its removal, said that the Federal Police Administration acts in accordance with the Decree on Determining Persons and Facilities in the Federation of Bosnia and Herzegovina, which are specially insured and the manner of their security, but also in accordance with the act of the Vice President of the Federation of Bosnia and Herzegovina Ms Melika Mahmutbegović.

“According to the security assessment, the Federal Police Administration compiles a Security Plan for each protected person separately, all based on the assessment of the security situation. The mentioned person is insured at the place of residence at only one location, namely Skenderija 18. The facility in Derviša Numića Street is insured regardless of the temporary residence of the vice president, and because of other protected persons “, stated the FUP.

“I reported what I had. I did not report what I thought was implemented. So, I have an apartment in Sarajevo and Bugojno that is on me. We had a common house that the three of us inherited where that private polyclinic is. In the meantime, it was passed on to the children. We agreed on that within the family. No books have been updated. I am a doctor and I have been a surgeon and director for years, I have 38 years of experience. I have what is appropriate for my job. Everyone in my family works in private firms, no one is on a budget, no one is on a government nipple, as people say. My sister is a doctor, she has a polyclinic. My daughter is a pharmacist and also has a private health facility. Everyone is in private business, “said Mahmutbegović.

We would like to remind you that Melika Mahmutbegović’s daughter, Neira Džumhur, owns a property at Skenderija 22, which is located across from the FUP police station and the official protection of the FBiH Vice President.

On the abuse of the law on the protection of private property of politicians by the FUP, Transparency International responded to a request from Tačno.net, stating that this right should not be abused but used rationally and in the best interest.

“Unfortunately, we are witnessing that many people are exercising this right for themselves and their family members, together with the abuse of other benefits such as official cars, personal drivers, accommodation at public expense, etc., and in that sense, an independent and impartial public body would have to regularly control the use of these benefits, “said TI.

Zlatko Miletić, former director of the Federal Police Administration and one of the current delegates to the House of Peoples, submitted an initiative in September last year to reduce the number of people under police protection at the state level, stating that in this way a lot of money is lost, and it would be better to use that money for some other purpose.

“In the ninth month of last year, I submitted the initiative, because in that way a lot of money is lost, and that it would be much smarter and more useful for the citizens of BiH to use that money in some other sense. is reduced to a minimum, and the number of personal insurance that is specially protected to be kept to a minimum, in this case, as foreseen in my initiative, which has not been announced to date, it would be necessary to reduce that number from 20 to at least between six and eight. It is quite certain that a few hundred thousand KM can be saved at the state level, and it is better to use that money for education, the fight against a pandemic or some other area, than to spend that money in vain at the moment. “

He added that, although there are no precise data on the spending of funds for personal protection and protection of property, he believes that the figure at the state level is several million.

If you now take all the administrative parts of BiH and if at that level or somewhat lower, allocations are made in that sense, then it is very easy to reach the amount that may even reach 10 million KM annually, which is really too much. After all, it is not clear to the citizens themselves who we are protecting them from and who are they afraid of. If there were security estimates that someone’s life is in danger, I’m not saying, no matter who that person is, the law allows that person to be assisted, but this way to generalize it or to provide so many ministers here, I think it’s unnecessary spending of citizens’ money that they earn through their hard work, “Miletić says.

Asked whether it is an abuse of position if a person who has a private apartment uses an official apartment in the meantime, he said that while he was the director of the FUP that there were such individual cases, and that such cases still exist today.

“If you have privately owned property, the state or entity authorities do not need and are not obliged to give you any accommodation because you already have accommodation. This means that this is obviously an abuse of official position, which according to our legislation, both the Federation and BiH, is a criminal offence and a criminal offence in the context of corrupt behaviour. First of all, not only should the citizens react, but the competent services should also react when they determine that this is the case. First of all, I mean the police and prosecutorial bodies, and that they should take measures against such persons as provided by law,” Miletić concluded.

The question is how long millions will be spent at the state level on unnecessary protection of both personal and private property of politicians, while they are constantly abusing their positions and their power.

award for the best reporting on corruptionJOURNALIST AWARD
Žurnal in English

CONFLICT OF INTEREST IN PRACTICE: Škaljo, Banjac and Stojanović know how to circumvent the law and take at least two budget salaries

award for the best reporting on corruption: Through Intimidation of citizens, they demand outdated debts of “Singergija” and “Prizma”