During the political crisis: The basket of goods is more expensive by 410 KM, the number of users of public kitchens has increased

The citizens of our country are witnessing daily increases in the price of goods and services. Their purchasing power is decreasing, living standards are falling, the basket of goods is becoming more expensive and growing much faster than salaries, and there are more and more users of public kitchens. At the same time, authorities boast record revenues from direct and indirect taxes. Economists point out that this should be used for reforms that would reduce the burden on wages, and which would increase pensions and salaries. However, the authorities seem to prefer populist measures and proposals…

At a time of political crisis, secessionist moves by the RS authorities, and negotiations on changes to the Election Law, on the other hand, the people of Bosnia and Herzegovina are facing real problems - daily price increases.

Retired people and people with low monthly incomes certainly suffer the most. The prices of basic groceries have increased drastically, and compared to the period before the pandemic, the prices of many products are higher by some 30% to 50%. Today, bakery and mill products, meat and meat products, milk and dairy products, oil, sugar, coffee, fruits and vegetables are more expensive. At the same time, the minimum growth of the average wage does not follow an increase in the prices of basic groceries, but also other products and services.

In a society like Bosnia and Herzegovina, where most of the household budget is spent on food, these figures are very worrying. Citizens have been buying smaller quantities of food for a long time, choosing cheaper products at the expense of quality, and many have given up buying slightly more expensive products.

The situation is best shown by the fact that the number of users of public kitchens has recently increased by some 20 per cent. In general, the data show that prices are rising, purchasing power is weakening, living standards are falling.

Last year we wrote (HYP) about how all the economic measures of our authorities are bad, that they were late and that they were insufficient. To date, not much has changed.

The entity tax administrations and the BiH Indirect Taxation Authority said earlier this year that record revenues from direct and indirect taxes had been recorded. However, instead of the authorities using it to amend the laws on income and contributions, in the sense of lowering the cumulative contribution rate, which would result in an increase in the minimum and average wages, the authorities did nothing to help citizens, especially the most vulnerable.

The impression is that the authorities mostly used margin restriction as a tool in the fight against price increases, while some politicians appealed for the prices of basic foodstuffs and fuels to be frozen. But economic analysts say that it's not a good idea to do so, and they see it as a populist solution.

"This is not a margin crisis. There was a general increase in prices, primarily prices of factors of production (raw materials). Margins did not increase drastically, moreover, a decrease in margins was recorded, especially in retail chains. Generally limiting margins doesn’t work, it never works. On the other hand, tampering with prices can produce extremely negative effects, such as shortages," said analyst Admir Čavalić. 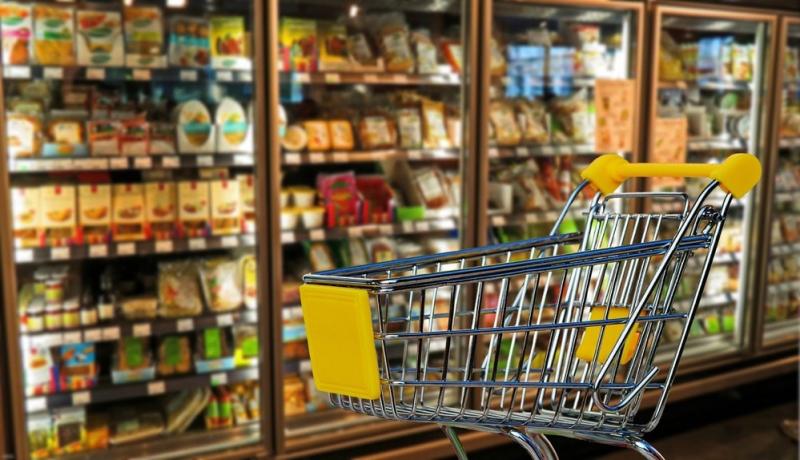 Since the beginning of the pandemic, experts have warned of possible increased inflation and offered solutions, but the authorities have successfully ignored it. One of the proposals was given by Professor Izudin Kešetović. He explains that it is necessary to do total fiscalization and drastically reduce the grey economy, and to raise financial discipline and fiscal responsibility. However, he points out, in that sense, the most important thing is to increase the VAT rate to 25%, which is not an additional blow to the citizens, but on the contrary:

"The general rate is now 17%. According to EU Directives, it can reach a maximum of 25%. The solution could be to raise the general rate to 25% and abolish the contribution to health and unemployment. To move to Beveridge's model, where public health would be financed from taxes through the budgets of FBiH, RS and DB. Salaries would be burdened with only one pension contribution. This would lead to an increase in pensions and salaries by 50%. Of course, it is necessary to immediately increase the minimum pensions and salaries by 20% and to raise the level of the average salary to 1,500 KM, and the average pension to 52% of the average salary. "

This is just one of the proposals that would probably result in an increase in salaries and strengthen the purchasing power of citizens. However, experts have not been listened to in our country for a long time, and instead, measures are being adopted that economists assess as belated and bad. In addition, there are new proposals that economists also assess as bad and populist. Such is the recent proposal of the member of the Presidency of BiH, Milorad Dodik, to reduce the VAT on basic foodstuffs to 10%, and to increase it to luxury.

"As for the reduction of VAT, I absolutely do not agree with that, because it does not bring results. Every country in the world that has this type of tax has differentiated the VAT rate for some political reasons, not economic ones. Most importantly, it does not guarantee that the price of a particular product will fall. What I agree on is that excise taxes should be reduced, especially on oil and petroleum products. But, that again belongs to the class of populism, because we know that the state level is blocked", says Admir Čavalić.

He adds that he has been warning for some time that it is necessary to activate the system of commodity reserves in FBiH, i.e. intervention procurement in the RS. To date, only in the Sarajevo Canton and to some extent in the Tuzla Canton, some progress has been made, although still insufficient.

"So, those sections should be capacitated through the budget, even though they have their own employees, and then they should procure existential goods and try to ensure a better purchase price due to the quantity." Later, it is placed with some 20% of the most endangered citizens, most simply by vouchering. So, if you prove that you have a low income, that you have existential problems, you get a voucher that you can use within the commodity reserve system ", says Čavalić.

These are just some of the proposals made by experts, but the authorities still manage to ignore the needs of the citizens and do practically nothing, hoping that the problem will be solved in time.

What economists agree on is that we are not to blame for price increases. The crisis caused by the pandemic, the printing of money without cover, the energy crisis, the crisis in Ukraine are the direct causes of the higher inflation we are witnessing.

In European circles, there is more and more talk of raising interest rates, as a traditional recipe against inflation, which is not politically popular, but mostly works.

However, what is clear is that we in Bosnia and Herzegovina are to blame for entering the pandemic and crisis so unprepared. Due to the destroyed economy, we have long become dependent on imports, which is why we cannot significantly affect the prices of goods and services. Our industry has been destroyed, people are leaving the villages, the land is uncultivated, the population is permanently emigrating, and crime is the most lucrative activity, points out Professor Kesetović.

"BiH has sectoral policies in the field of energy and agriculture. These are the two key sectors of the economy anywhere, and our natural and human resources are untapped. But we have no governement. It is about the friend or godfather thief system. The government is doing everything to keep its positions through its party clientele," he concluded.

FAMILIES LEAVE: Where the holidays are colourful and harmless