CLOSE TO THE AUTHORITIES OF BIH, CHINA AND RUSSIA: Companies of Vuk Hamović earned billion marks in BiH

Out of 200 million in revenues generated in 2019, EFT MTPP Stanari paid just slightly over 8.4 million marks of concession fee into the budget of Republika Srpska 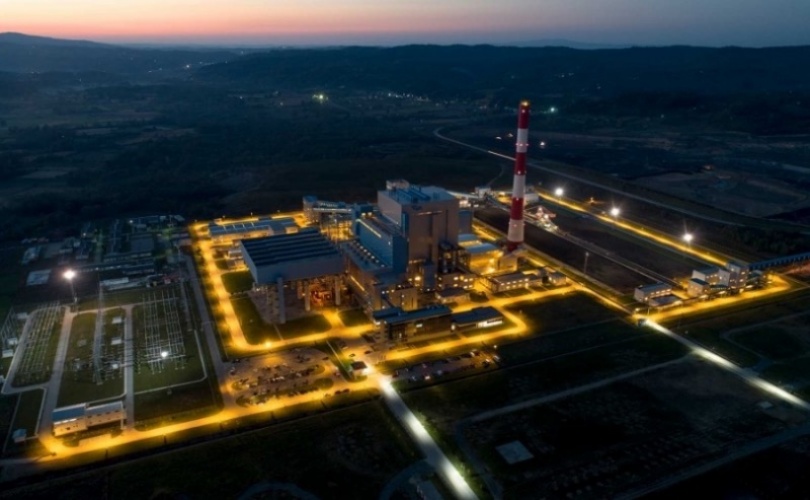 Out of 200 million in revenues generated in 2019, EFT MTPP Stanari paid just slightly over 8.4 million marks of concession fee into the budget of Republika Srpska

Privileged position of the companies owned by Vuk Hamović yielded around billion marks for EFT MTPP Stanari through a decade of operations and exploitation of natural resources in Republika Srpska. Multimillion contracts with public enterprises for the supply of electricity and coal helped reach multimillion revenues.
In addition to this company EFT Bileća is also successful in doing business with public enterprises. It collected more than 120 million marks  from Elektroprivreda BiH and HZBiH for only three electricity supply contracts. In the meantime, out of 200 million in revenues generated in 2019, EFT MTPP Stanari paid just slightly over 8.4 million marks of concession fee into the budget of Republika Srpska.
The decision of the Government of Republika Srpska from 2008 to award 30-year concession for the mine and construction of thermal power plant Stanari to the company EFT of Vuk Hamović was accompanied by numerous controversies. Regardless of that, the Chinese Development Bank approved 350 million Euro worth loan to EFT for construction of thermal power plant, while this company invested around 30% of its own funds.
The Chinese company Dongfang Electric Corporation constructed the thermal power plant Stanari. It is, for now, the only fully implemented Chinese project in BiH. According to the media reports, an agreement was reached that in case EFT fails to repay the loan the Chinese Development Banks takes everything – thermal power plant, concession for exploitation of lignite and water necessary for work of the thermal power plant. EFT does not have to worry about not being able to repay the loan. 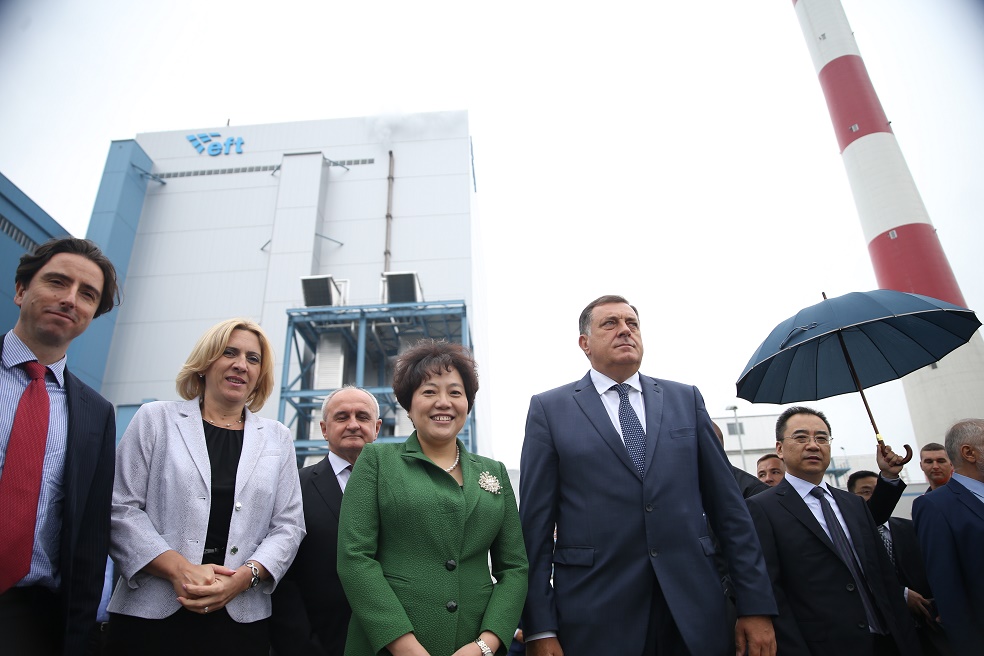 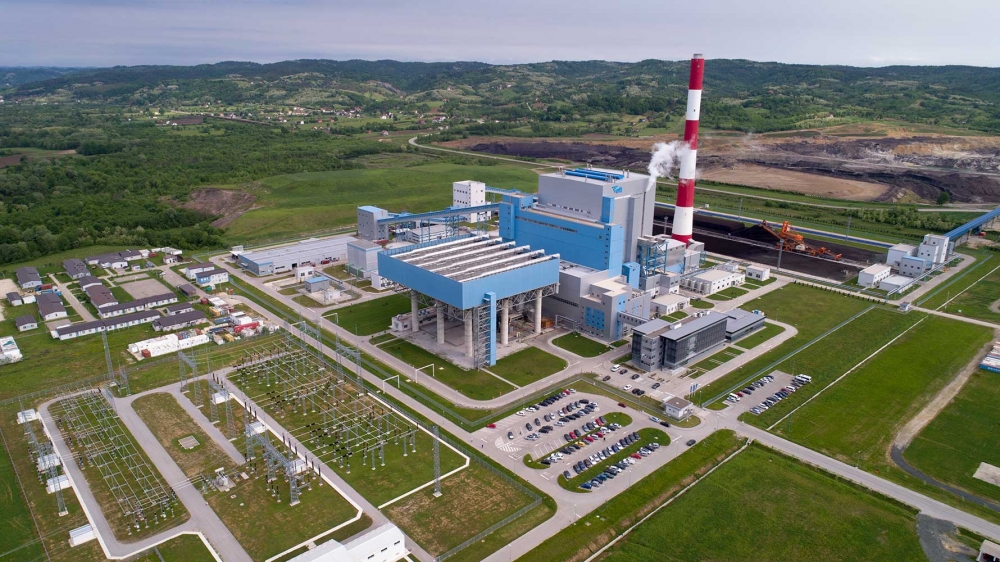 EFT MTPP Stanari is one of the largest exporters in Bosnia and Herzegovina. According to the data of the Indirect Taxation Authority of BiH, EFT Mine and Thermal Power Plant Stanari were among the ten leading companies in terms of export value in 2019. Even in the first six months of 2020, this company is the third largest exporter from BiH. In addition to exports, the operations of EFT Mine and Thermal Power Plant with the public institutions and enterprises in BiH are also very significant.
Vuk Hamović's company EFT International Investments Holdings Limited London is the founder of two companies in Bosnia and Herzegovina - EFT
Mine and Thermal Power Plant Stanari (EFT TPP Stanari) and Energy financing team d.o.o. Bileća (EFT Bileća). Both companies have exceptional cooperation with public institutions and enterprises in BiH. 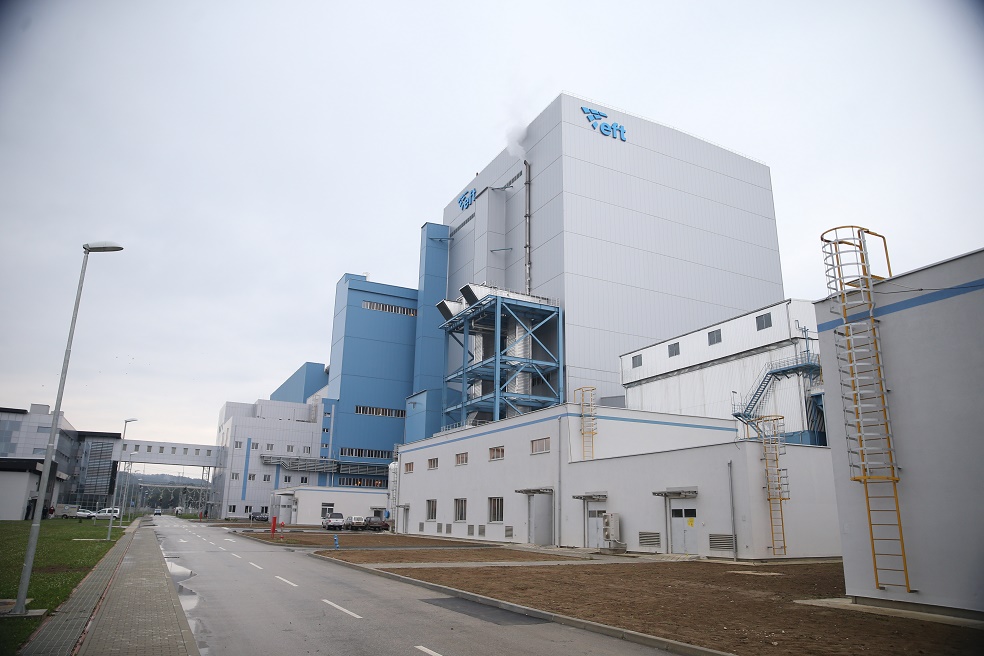 In the period from December 2012 to February 2016 the Public Enterprise Elektroprivreda BiH had awarded contracts worth more than 45 million marks to EFT Mine and Thermal Power Plant Stanari for the supply of coal. The City Heat Plant Doboj also procures coal from EFT TPP Stanari. Since 2013, the City Heat Plant Doboj has been awarding contracts worth between 2 and 2.7 million marks to this company every year.
The City Heat Plant Doboj awarded contracts worth more than 20 million marks to the EFT TPP Stanari in the period from 2013 to September this year. The Railways of Republika Srpska, Stanari Municipality, Water Supply Company Prijedor, Public Utility Enterprise Komvod Brod, and many other public institutions in Bosnia and Herzegovina are procuring coal from them.  Žurnal singled out only those with the most significant amounts. 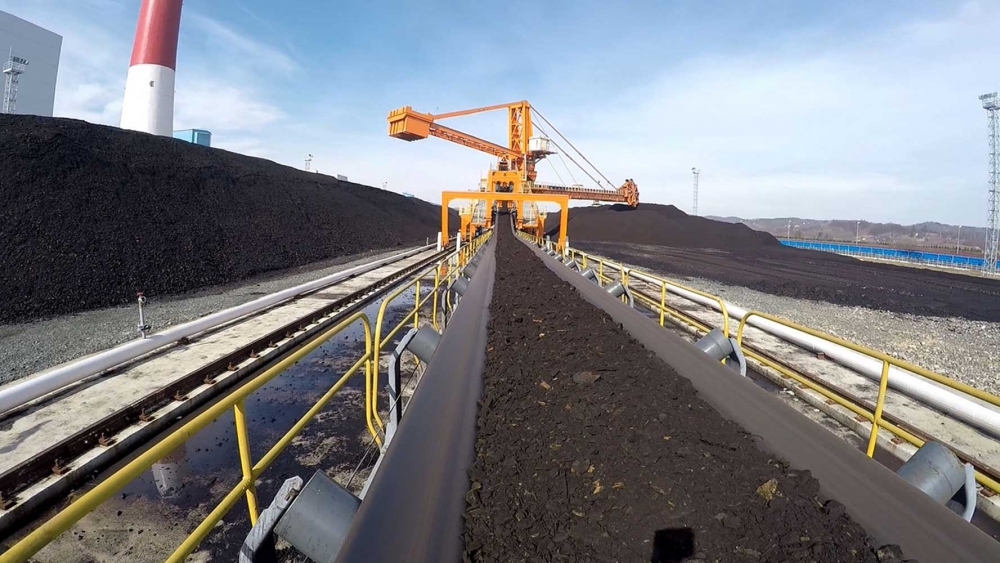 According to the information from Akta portal, EFT Mine and Thermal Power Plan Stanari was fifth company in BiH in terms of revenue generated in 2019. The total revenue of EFT TPP Stanari in 2019 was 200.968.214 KM! According to the data of the Commission for Concessions of Republika Srpska, EFT-Mine and Thermal Power Plant Stanari generated 174.607.456 KM in revenues from the sale of electricity. Of the total sales, 1.839.673 MWh was exported from Bosnia and Herzegovina, while a total of 233.522 MW was sold in Bosnia and Herzegovina. To whom and at what prices the EFT TPP Stanari sells electricity is information that is not publicly available.
Regardless of the 200 million marks in revenue that EFT TPP Stanari generated, primarily thanks to the exploitation of public good, this company paid just slightly over 8.4 million marks of concession fee into the budget of Republika Srpska.
“EFT-MINE AND THERMAL POWER PLANT STANARI” d.o.o. Stanari had in the period January 2, 2019 – December 31, 2019 paid 8.417.413,66 KM as concession fee: concession fee for coal exploitation 864.378,16 KM, concession fee for the right to use water 797.945,40 KM, concession fee for electricity 6.755.090, 10 KM”, reads the Report on operations and the Financial report of the Commission for Concessions of Republika Srpska for 2019.
In addition to EFT TPP Stanari there is another company of Vuk Hamović that operates in Bosnia and Herzegovina - Energy financing team d.o.o. Bileća (EFT Bileća). This company also sells electricity. In just year and a half, from the middle of 2018 until the end of 2019, the Public Enterprise Elektroprivreda HZHB alone allocated 24.349.755,60 KM for the procurement of electricity from EFT Bileća! 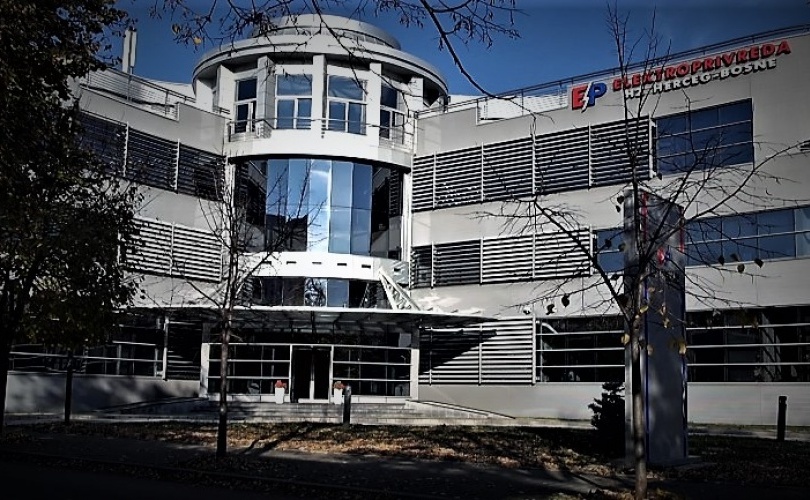 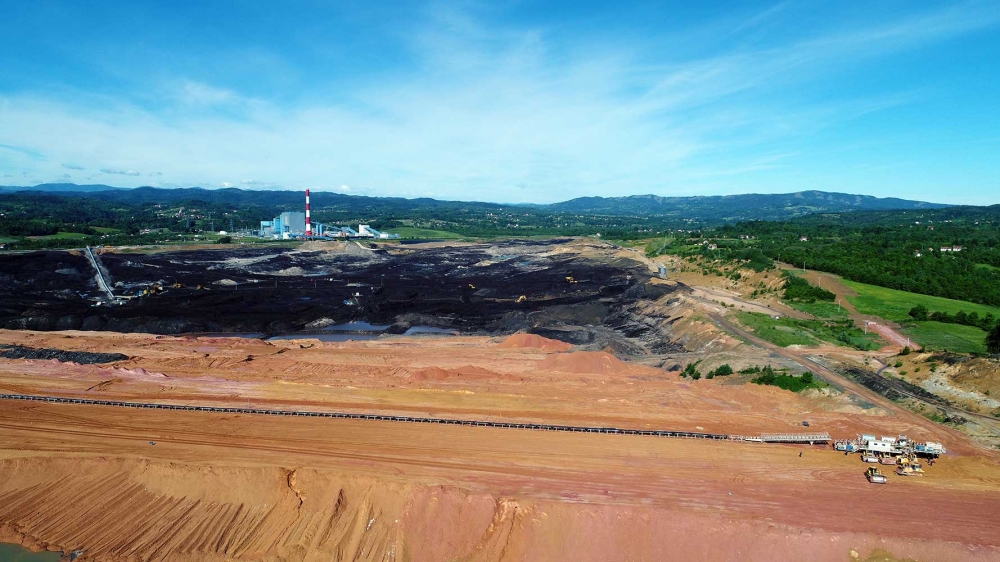 The media in Bosnia and Herzegovina had written about the privileged position of the companies owned by Vuk Hamović before. Earlier this year, Capital.ba portal warned that a concession for a solar power plant in Bileća was fixed for Hamović. The Ministry of Energy and Mining of RS announced a public call for the award of a concession for the construction of a solar power plant in the municipality of Bileća, and in the defined conditions the preference was given to the company “EFT International Investments Holdings Limited” of Vuk Hamović.
In mid-July the RS Minister of Energy and Mining Petar Đokić and the Director of the company “Energy Financing Team SE” Bileća Ranko Čokorilo signed a Concession Agreement for the construction and the use of a solar power plant in Bileća municipality. The concession was issued for 50 years. 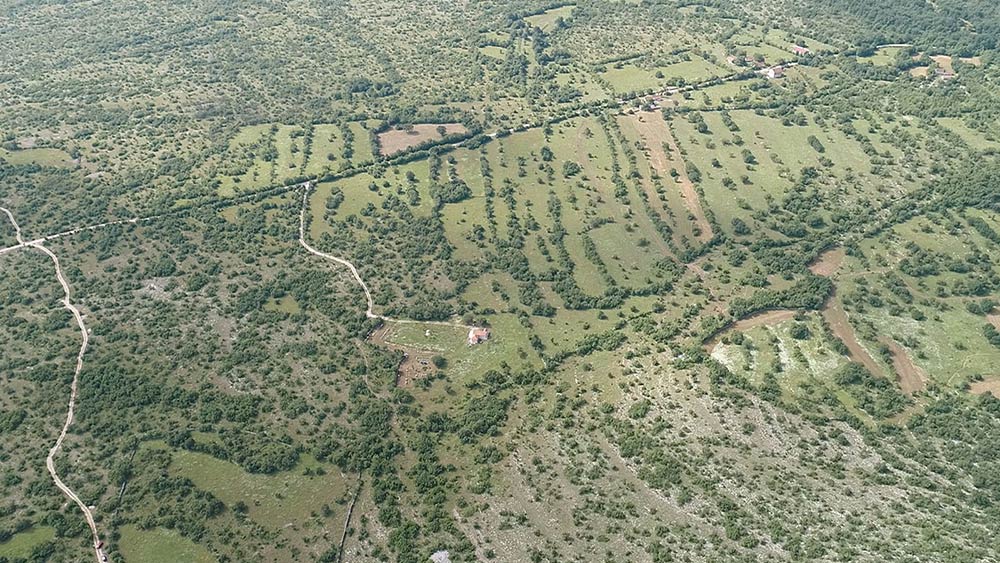 (Location where solar power plant in Bileća is to be built)
Vuk Hamović’s closeness to the authorities in Bosnia and Herzegovina, but also his connection with Russia and Chinese investors, has been the subject of many media reports for years now. The business operations of companies owned by Vuk Hamović were not just subject of the media, but also of domestic and the U.S. investigative bodies. This did not have much impact on EFT’s operations in Bosnia and Herzegovina, as it can be seen by the company’s revenues. In addition to cooperation with China and Chinese banks, the media also linked Hamović with EuroAxis Bank, based in Moscow.
According to CIN, it turned out that Hamović owns shares in EuroAxis Bank, which was established in the 1990’s to circumvent UN sanctions imposed on Serbia and Montenegro. In early 2016, the Central Bank of Russia (CRB) revoked this bank’s license due to, among other things, “non-compliance with the laws governing the work of banks, as well as CRB’s regulations and inability to respond to creditors’ requests about monetary obligations.”
The largest project of Vuk Hamović in Bosnia and Herzegovina, the construction of a thermal power plant, was financed by a Chinese bank and the works were performed by a Chinese company. For the latest project, the construction of a solar power plant in Bileća, a new company was established in BiH, Energy Financing Team SE Bileća. The estimated value of the construction of the solar power plant is 43.5 million Euro, and judging by the revenues and profit of EFT in BiH they will not need loans for the realization of this project. 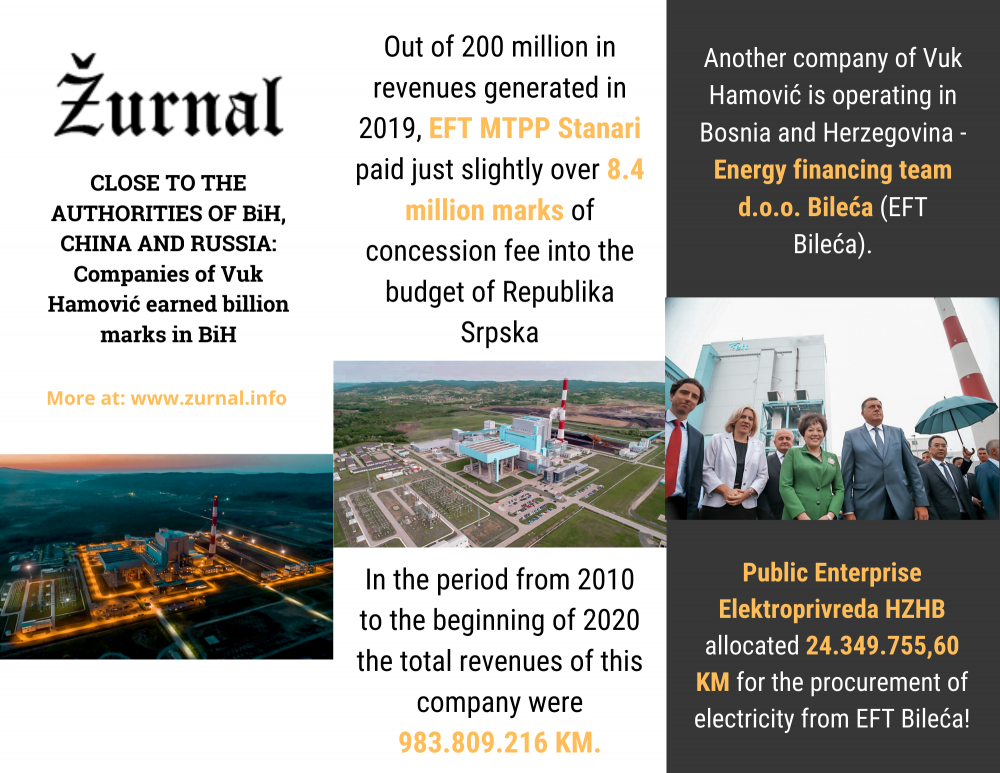