ALL THE FACES OF HDZ BUSINESSMEN: Agriculturist, veteran, director, fighter for the rights of emigrants…

Staff close to the HDZ, or HDZ members themselves, extract public money from the budget through a network of companies in Herzegovina. While they are supposedly fighting for the rights of veterans and returnees, and as they are in office, they know how to allocate money - to themselves

Niko Marušić is the current director of the Environmental Protection Fund of the Herzegovina-Neretva Canton. At the same time, he is the founder of the Marinada company from Mostar and the HDZ's first man for emigration. He travelled with Dragan Čović as a member of the delegation of the Croatian National Parliament, in order to discuss the upcoming constitutional changes. The photo below was taken back in 2012, during one of the meetings in Germany.

Marušić, first from the left

The total capital of Niko Marušić in the company Marinada, according to the official register of business entities, is around 1.2 million KM.

The company Marinada is a beneficiary of significant incentives and funds from different levels of government, although it has only one employee. Even when it does not meet the conditions and is not on the list of beneficiaries, Marinada will receive the funds in another way - with a special decision in the form of intervention assistance from, again, HDZ staff.

The Prime Minister of the Herzegovina-Neretva Canton (HNC), Nevenko Herceg (HDZ), approved in 2020 that Marinada be given 50 thousand KM of intervention aid within the framework of subsidies to private companies. The funds were allocated through the program of the Ministry of Economy of the HNC. According to Žurnal, Marinada did not qualify for the incentive under the regular program, so the funds had to be passed on in another way.

We asked the Ministry of Economy of the HNC whether Marinada submitted a report justifying the spending of funds and whether it was previously rejected for the allocation of funds. We didn't get an answer.

This is not the only public money that Marinada received: they also received 20 thousand KM of incentives intended for farmers in the circumstances of the pandemic, from the Federal Ministry of Agriculture. In 2020, the City of Mostar gave them 25 thousand KM, within the framework of grants to non-governmental organizations. The list does not end here, but the principle is clear.

Marinada also received grants from its neighbours - in December 2020, as part of a project to encourage the return of Croats, the Government of the Republic of Croatia forwarded about 40,000 KM to Marinada for the revitalization of "Croatian agriculture".

And Niko Marušić himself in Široki Brijeg legalized an illegally built residential building. He started making it in 2003, and only in 2017, when he was already the director of the Fund, he submitted a request to the City of Široki Brijeg for its legalization. The request was approved, and not only was the facility legalized, but Marušić also became the owner of a 126-square-meter plot. He paid for it, in the exact total, 441 KM! 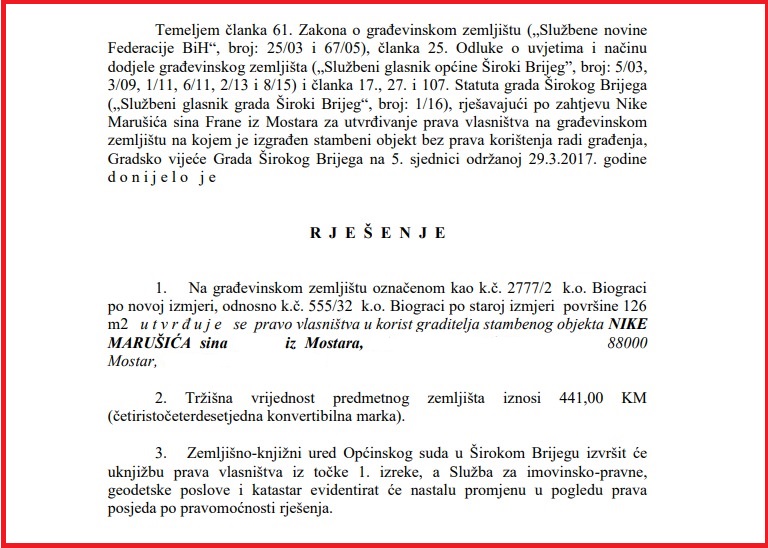 In addition to all that, Marušić is also the president of the Association of Veterans of the Anti-Terrorist Unit of the HVO Military Police, so in that way, he can again be found on the list of incentives. And sometimes again from the Government of the Republic of Croatia - the Association of Veterans of Croatia received money for planting "eco-garlic".

How public money is extracted

Niko Marušić is not alone when it comes to extracting public money. It is a network of companies, whose founders or owners are too HDZ staff, just like Marušić. Apart from Marušić, the founders of the Marinada company are the Herzegovinian companies Najvest and Konherc. Najvest is led by the Stojkić family, and Konherc by Velimir Rozić and Tomas Bevanda. Tomas Bevanda, the owner of Konherc, was vice president of the HDZ Mostar Main Board. His company in 2020, the pandemic year, had total revenue of almost 1.2 million KM.

Now Konherz, therefore, received public funds through Marinada, of which he is the founder.

Konherc does business with a large number of public companies and collects significant funds from Elektroprivreda HZHB, headed by HDZ staff Marinko Gilja. (Jobs worth up to 400 thousand KM) According to Inforadar, Dragan Čović's nephew, Branislav Stojkić, is employed in Elektroprivreda. 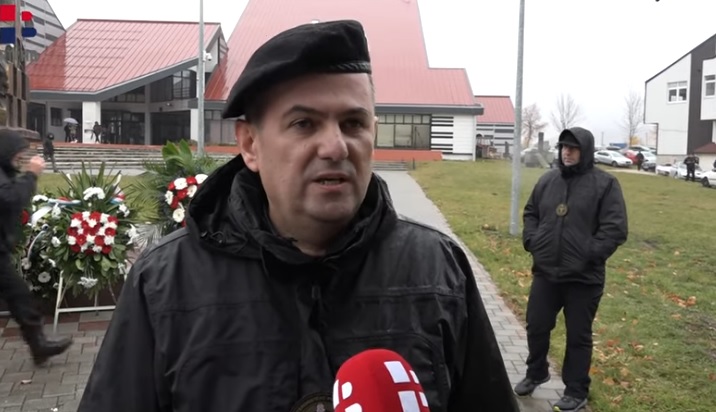 Niko Marušić and Marinada are also behind the pompously announced cooperation between Croatian Podravka and domestic companies on the construction of a tomato processing factory in Mostar. Dragan Čović, Andrej Plenković and the president of Podravka (later deceased) Marin Pucar laid the foundation stone for the construction of the factory. Niko Marušić was then the head of the Fund, but it is not clear whether he appears in the photos in that capacity or as the founder of the Marinade.

This is not the first time that Marušić has been forced to take on a double role due to the two chairs he sits on - both a guest and a host. During the visit of the Croatian statesman, he was in a situation to discuss with the guests, as the director of the Fund, the benefits he will have as the founder of the Marinade!

One example: in 2019, the Minister of Economy, Entrepreneurship and Crafts in the Government of the Republic of Croatia, Darko Horvat, visited the HNC.

Prime Minister Herceg and Minister Horvat, among other things, discussed the cooperation between Podravka and "veterans' cooperatives", including Marinada among others. The meeting was attended by Niko Marušić, in the role of director of the Fund, and a representative of the Marinada Association Niko Pušić. That is how Marušić, the director, got a job for Marušić - a businessman.

Marušić, from the position of director of the Environmental Protection Fund, practically paid himself money.

In 2019, the Environmental Protection Fund of the HNC gave the most money for the purchase of tools - 3,500 KM.

And what is left of the promise to build a factory, whose credibility in the media was denied by Podravka itself?

Prođe godina - Ni k od kavada (translation: A year has passed, not even t from tomato) - writes the portal Hercegovina.info. If the promise had been fulfilled, they write, vegetables would have been processed in the factory by now. The announcement of Dragan Čović that processing will start in 2021 has not been fulfilled, nor have the expectations of Andrej Plenković that these products will be exported to Croatia. 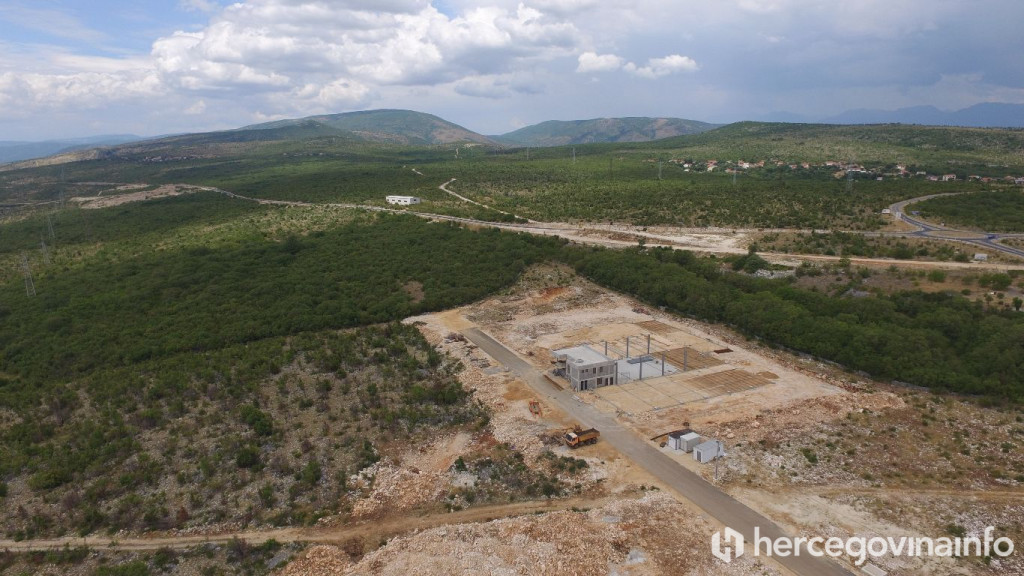 We also asked Niko Marušić and the Fund about the conditions for appointment to the position of director. The Fund's website is completely non-transparent - it does not contain the Fund's budget, users of funds, data on public procurement, or any details on activities and spending of money.

As there is no information on the date and manner of appointment, we asked him who appointed him to this position and when. The competition for the election of the director was public, but nothing more than that. It clearly states that the most successful candidate must have seven years of experience, three in the profession, and experience in knowledge of environmental management. As Director Marušić persistently ignored us, it is unclear whether he met all these criteria, and whether he gained the required experience in environmental management in the Ministry of Veterans, where he was employed before the Fund.