WHILE RUSSIA IS TRYING TO OCCUPY UKRAINE: Dodik and Čović waving the Russian flag in Bosnia and Herzegovina

For years, Žurnal has been systematically analyzing and warning about the methods of Russia's influence, not only in politics and economics, but also in other segments such as culture or education. It seems that finally many understand what we were talking about. Russia is waging war in BiH by other means.

"In terms of security consequences, if Putin conquers Ukraine, the most vulnerable point in the Western Balkans is Banja Luka," said Northern Macedonian President Stevo Pendarovski.

As expected, the statement provoked a reaction from the leadership of the Bosnian entity of Republika Srpska. The President of the Republika Srpska, Željka Cvijanović, answered that it was wrong, neither correct nor fair, to set a target on Banja Luka.  SNSD leader Milorad Dodik, on the other hand, assures that Republika Srpska has no plans to destabilize the country. Of course, the logical counter-question is what kind of plan he is talking about, when he has been working on destabilization for more than ten years, with the wholehearted support of Serbia and Russia.

Dodik is certainly more concerned about the sanctions against Russian oligarchs, through whom Dodik has good ties with the Kremlin, and there is growing evidence that he promised them "half of Republika Srpska" only to finance it for as long as possible to preserve political power and of course personal wealth, which Žurnal wrote about. 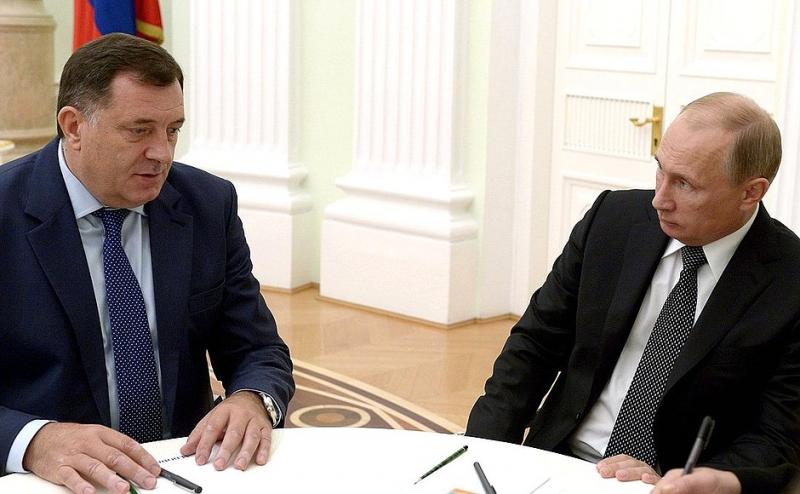 And while Russia's aggression against Ukraine is ongoing, some media are already analyzing what Russian President Vladimir Putin intends to do after Ukraine?

"I think he has a plan. It's sending non-uniformed troops to cause trouble, part of 'warfare below the threshold'. I'm worried it will spill over into the Balkans," British Conservative MP and former Defense Minister Tobias Ellwood told the BBC, who spent part of his military career in the peacekeeping force in BiH.

And these "non-uniformed troops" have long been present in Bosnia and Herzegovina to a greater or lesser extent, in various segments. Žurnal wrote about Russia's efforts to influence events in Bosnia and Herzegovina by infiltrating the intelligence and security system, and no less attention was paid to attracting individuals from the judicial system, where the FSSP - "Federal Service of Bailiffs of the Russian Federation" played a special role. , essentially a paramilitary institution run by the GRU (Russia's Central Intelligence Agency) and appointed by Putin himself, which speaks volumes about its importance.

"There are teams in the Russian embassy in Sarajevo that plan and implement their intelligence methods, and it is important to emphasize that the military attaches and his assistants in that embassy are members of the Russian military intelligence service GRU. This service took over all the competencies of the former KGB, which means coercion and co-optation, as well as subversion. Russian associates of various profiles are also heavily influenced by intelligence agencies from the Republic of Serbia, which often present themselves as Moscow's "extended arm", Journalist Đuro Kozar told Žurnal.

Žurnal wrote that Russia supports Milorad Dodik and his secessionist intentions, because, especially because of the situation around Ukraine, it suits them to keep "barrels of gunpowder" in the Balkans. In recent years, Dodik has been wholeheartedly joined by HDZ BiH President Dragan Čović. Čović is among the few politicians who have not condemned the Russian invasion of Ukraine. 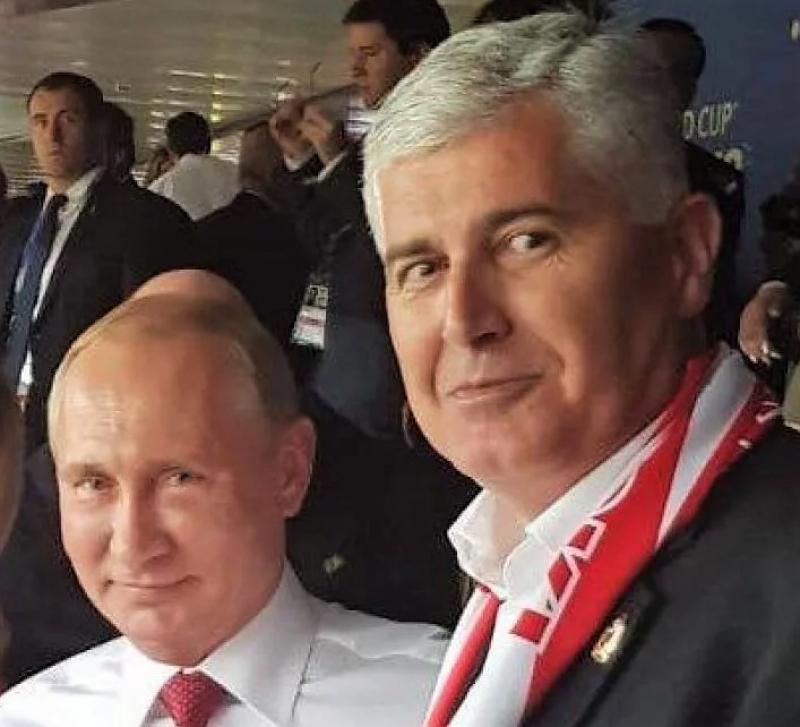 Of course, a good part of the "dirty work" is done by the President of Serbia, Aleksandar Vučić. In essence, for Russia, Dodik, Čović and Vučić are just puppets through which they stop NATO integration of BiH and its prosperity. On the other hand, numerous geopolitical and military analysts point out that everything that is happening in Ukraine is the best indicator that BiH should join the NATO alliance as soon as possible.

The Ambassador of the Russian Federation to Bosnia and Herzegovina, Igor Kalabukhov, has repeatedly emphasized his country's views on the issue.

"Our position on this issue is such that it depends on the sovereign choice of each country. If they choose the priority of integration, then that is their choice. European integration of BiH - we think that it does not necessarily mean that it has nothing to do with the Russian Federation. When we hear statements from Brussels that the Balkans are the EU's geopolitical zone and no one can act there. That is not acceptable for us because we, as a country, also have interests," Kalabukhov told N1.

These interests, of which Kalabukhov spoke unequivocally, are the reason why Bosnia and Herzegovina, the most politically and economically vulnerable, is an indispensable part of the story of Russia's aspirations in this region. Such an attitude is shared by the delegate of the House of Peoples of the Parliamentary Assembly of Bosnia and Herzegovina, Zlatko Miletić.

"When it comes to their influence, and I would not talk only about BiH but about the entire region, it is very significant, especially in the last 10 years, and must be viewed in a strategic light. I think that BiH is in no other way more interesting than Montenegro, Serbia, Croatia, Slovenia, Hungary, Poland and some other countries that are conditionally speaking more and more pro-Russian in the absence of agility of the State Department and Western powers. I am thinking in particular of these large EU countries, which have dealt with their problems, not the problem of the Western Balkans. Unfortunately, the Russian administration has used it extensively in the last 10 years and expanded its economic, social and political influence to all countries in the region, as well as to BiH," Miletić said in a statement for Žurnal. 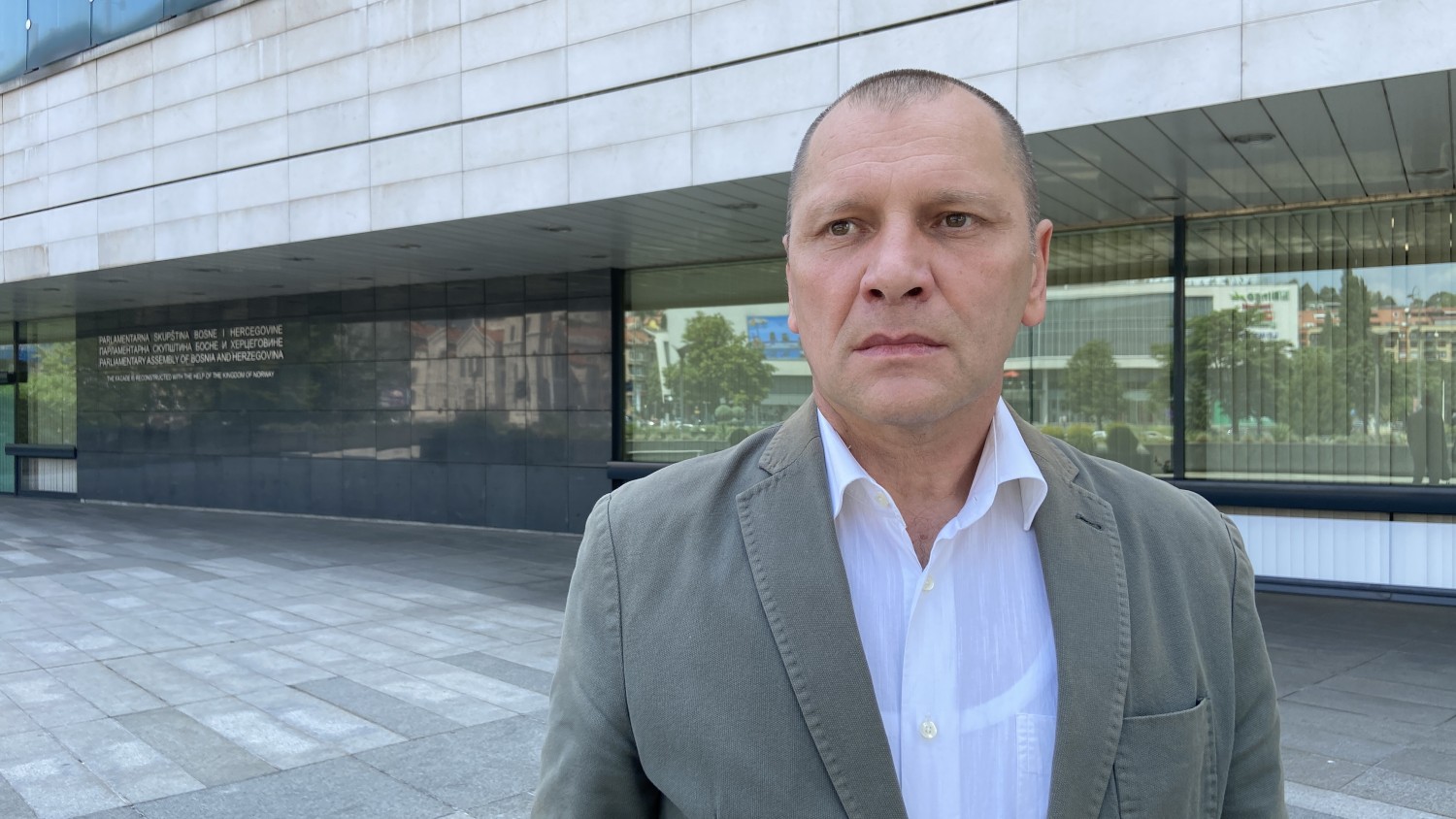 SNSD member Dusanka Majkić wrote on Twitter: "Let us remind you: Moscow said in March 2021 that it would react if BiH took steps to join NATO."

Of course, her statements are not a product of her own thinking, but an echo of the party leader's words, but it sufficiently indicates the intentions of the local pro-Russian politicians. An adequate response came from the US Embassy.

"The U.S. commitment to BiH's sovereignty and territorial integrity is ironclad.  No third party has a say in security arrangements between NATO and sovereign countries." the US Embassy in BiH tweeted.

Žurnal also wrote about various ways of spreading Russian influence in Bosnia and Herzegovina, with the help of non-governmental and alleged humanitarian organizations, children, all with the wholehearted help of the Serbian Orthodox Church. Associations of Russian-Serbian friendship from BiH in their activities on the ground even mention the cooperation of two countries: Russia and Republika Srpska !? 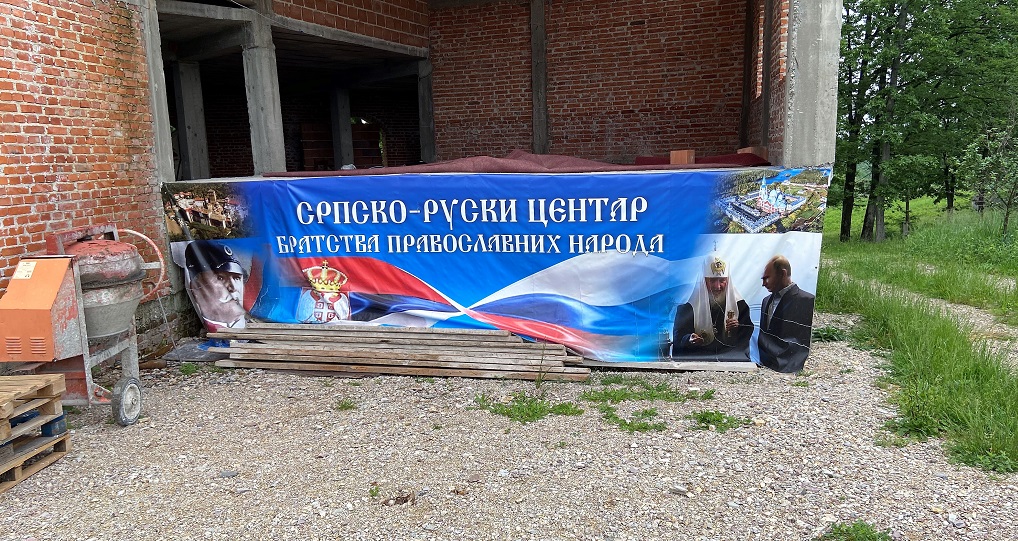 In its projections, Russia does not separate Serbia, BiH, Montenegro, because their understanding of the territory is at the macro level. At the same time, It likes the population of those countries, especially those of the Orthodox orientation, towards Russia, to create an image of "mother" towards Russia, who will take care of them in difficult times. True, they don't really give money, but that's why they use all other resources.

There have always been messages from Russia that it does not want to interfere in the internal affairs of Bosnia and Herzegovina, while in practice, with the support of Dodik and ČoviĆ, they did so through Serbian President Vučić. Of course, they emphasized friendship and goodwill.

These days, the people of Ukraine know best what the consequences of Russian goodwill are.

INTO THE NEW YEAR WITH NEW PRESSURE: Citizen/collaborator in the fight against Žurnal
Pročitajte još
WATCH THE MOVIE: Putin’s plan for the Balkans
HOW IS RUSSIA CONTROLLING MILORAD DODIK: Business affairs with Russian tycoons and fear of Putin’s revenge
RUSSIAN STRATEGY FOR THE BALKANS: Putin's supporters in BiH did not disappear, they are just changing the tactics
Dodik and Čović are continuing destruction of the country: Bosnia and Herzegovina is a powder keg on the Balkans under the control of Russia