Looting of the petroleum industry of Bosnia and Herzegovina (1): How BiH lost both JUNAF and JANAF

Settlement Dretelj is located several kilometers north from Čapljina downtown.Since the war days, its name has been associated with the sinister memory of the Croatian Defense Council (HVO) war camp in which thousands of civilians from Herzegovina had been imprisoned and tortured during 1993 and 1994. 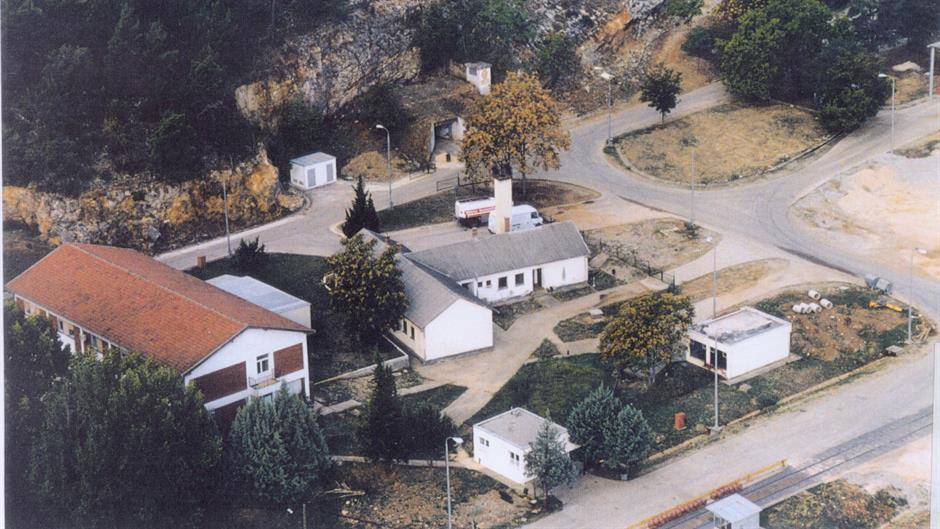 entrance to the Dretelj Terminal circle

The fuel warehouse of the former JNA was located in Dretelj until the war. It mostly housed kerosene intended for the flights from the Mostar airport. After dissolution of the camp, it became the spoils of war of the then Croatian Community of Herceg-Bosna, more precisely of the individuals from the management structures. Had Dretelj terminal been owned by the Federation, it would have been the third in capacity, coming after Blažuj and Mostar. Legally, this terminal and related land is, according to the current documentation, owned by Hercegovačka bank in liquidation.

excerpt from the cadastre

The efforts of the Government of FBiH to take over the property of the Hercegovačka bank were all in vain. SFOR raid in 2001, the international interim administration and opening of the liquidation proceeding in 2012  were followed by the occasional indictments and trails to the participants in the establishment and operations of Hercegovačka bank, but ownership of the terminal remained, raising doubt that long-ago projected use (and ownership) will only become relevant in the years to come. 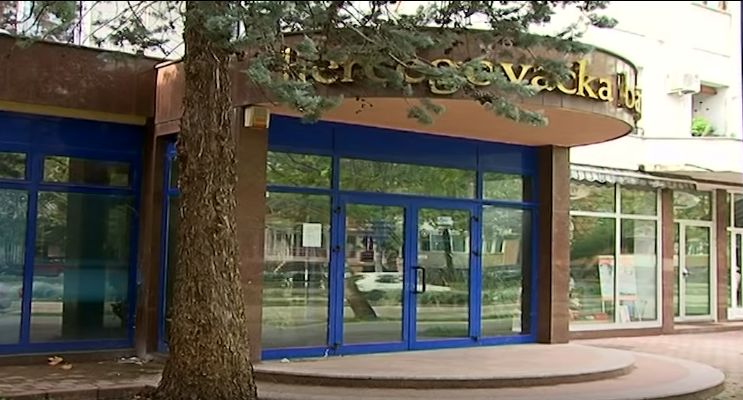 In its movie “Falcons”, Žurnal described the genesis of the criminal network for extraction of the budget funds of Croatia and Federation of BiH through the Hercegovačka bank for the private companies associated with Dragan Čović and persons close to him from HDZ BiH, as well as with a part of the HVO military leadership.  How did Hercegovačka bank become the owner of Dretelj Terminal?

The company “Monitor M”, which also included “Hercegovina gradnja”, was managed by Ljubo Ćesić Rojs. “Hercegovina gradnja” established a company for trade in oil “CroHerc AG”, which used the Dretelj Terminal almost for free, with approval of the then-Minister of Defense of FBiH and President of HDZ BIH Ante Jelavić. Even back then SDA and HDZ did not interfere with business operations of “the other party”.

A Rulebook stipulating that oil importers must have bigger warehouse space was adopted in April 1999, thus eliminating small importers and competitors and making CroHerc the second largest oil importer in the Federation thanks to its “possessing” the warehouse in Dretelj. CroHerc mostly worked with the distributors from Slovenia.

There were certain estimates that three largest oil importers had in 1998 “deprived” the FBiH budget of 175 million marks that “disappeared” in the whirl of different interpretation of customs regulations.

That is how CroHerc accumulated tax debts, and only in 2013 will director Marinko Planinić be prosecuted for that. The original sentence of 4 years and 6 months in prison and the return of 18 million marks of embezzled money was annulled in 2016 due to an alleged procedural error in exclusion of the evidence!?

In any case, CroHerc was “thrown out of the game” in 2001. The interim administrator of Hercegovačka bank, Toby Robinson, had settled the debt of the company “Monitor M” by initiating foreclosure on Dretelj Terminal, which became the property of Hercegovačka bank.

In those years, “INA BH” has been developing its business operations in the background of the developments with the actors of the criminal network of Hercegovačka bank and its CroHerc, where the grey eminences were Ante Jelavić and Dragan Čović.

It came to existence by renaming of Inter-INA and it was 100% owned by Zagreb’s INA. The president of the Board of Directors was Jadranko Prlić, who did not leave any traces in the numerous financial “undertakings”, both private and the ones he undertook while managing this company. The main hindrance to taking over the majority market was Energoinvest, namely it’s then subsidiary company Energopetrol.

The petrol stations of Energopetrol in Herzegovina were previously “on the agenda”. “Energopetrol Mostar” had 17 petrol stations, business premise in Mostar and oil warehouse in Livno. The Board of Directors presided by Branko Kvesić selected Dubrovačka bank Mostar as recapitalization partner. “Petrol” was established with around 67% of State equity. Mila Lučić was elected president of the Board of Directors, and Branko Kvesić became director. The president of the Supervisory Board was Petar Jurčić.

The equity share of Energopetrol in Petrol gets unilaterally reduced in 1999 with an Annex to contract, lowering the State equity to only 36.7%. Neither of these decisions had approval of the Federation Government, which has been announcing audit of ownership of the petrol stations every year since then. It is certain that it will be impossible to return more than twenty years of profit loss based on the grab of Energopetrol’s petrol stations.

More important events than “looters” illegally taking over certain Energopetrol’s petrol stations took place in Croatia, and that is the issue of ownership over one of the capital investments of the former state- Yugoslav oil pipeline.  Built from 1974 to 1979, the Yugoslav oil pipeline (JUNAF) supplied oil to the refineries in Slovenia, Croatia, BiH and Serbia, while one branch led to Hungary as well. The founders are state-owned oil companies of Yugoslavia – INA from Zagreb, Energopetrol from Sarajevo and Naftagas from Novi Sad. 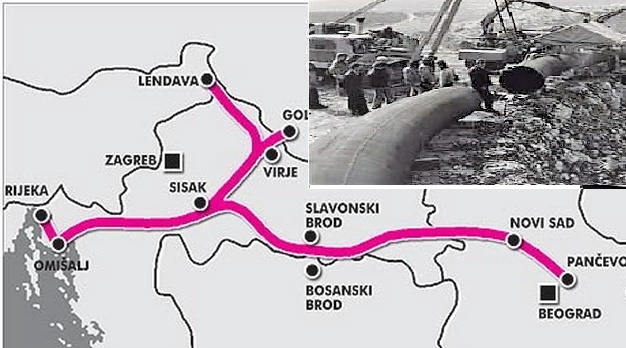 construction of the Yugoslav oil pipeline

Croatia is losing no time. Already in 1991 it changes the court register, removes Energoinvest and Naftagas as co-owners, and renames it to “Adriatic oil pipeline”, providing an explanation that JANAF had paid out the founders up to that year. It is not true. Žurnal is in the possession of the 1975 study by the World Bank, which precisely states the status and founders’ shares and ownership, amongst which is the one-third share of BiH, i.e. of Energoinvest. 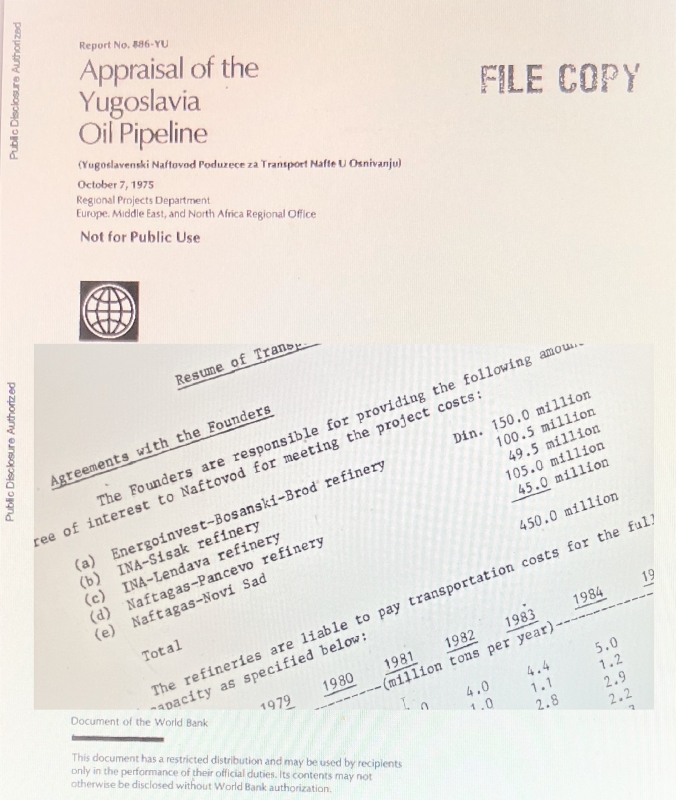 facsimile of the World Bank study at JUNAF (1975)

There was no mention of the oil pipeline after the war and the beginning of negotiations on succession of property of the former SFRY. Bosnia and Herzegovina had “went silently down” on this valuable property that remained outside its borders, although there were documents proving the ownership of the Energoinvest. Assistant to BiH Minister of Finance in the Sector for former SFRY succession affairs and management of BiH property, Zenit Kelić, in an interview for Žurnal assures that there is simply nothing to talk about when it comes to the oil pipeline.

“That property was neither the subject of successor nor any related discussion”, said Kelić.

There is one problem, which is mostly the fault of the “domestic traitors”. The oil pipeline, JUNAF or JANAF, was not even recorded in Energoinvest's assets at the beginning of privatization, neither in the active nor in the passive sub-balance!? 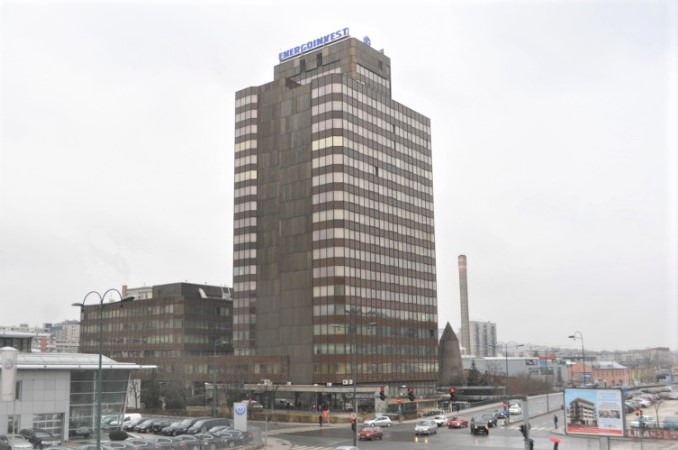 Sources of Žurnal assure that everything was done by a political directive, in this case from SDA. Two former ministers in the FBiH Government and two former directors in Energoinvest agreed, but only in an informal conversational with Žurnal, to say that the reasons and the price of giving up the rights to co-ownership in the oil pipeline are known to the former FBiH Prime Minister Edhem Bičakčić.

“I have no idea about oil pipeline or why it has not been subject to the claims”, said Edhem Bičakčić for Žurnal. He claims that Energoinvest was greatly damaged due to losing its companies that were on the territory of Republika Srpska, which is the consequence of the decision of the former High Representative in BiH, Carlos Westendorp. 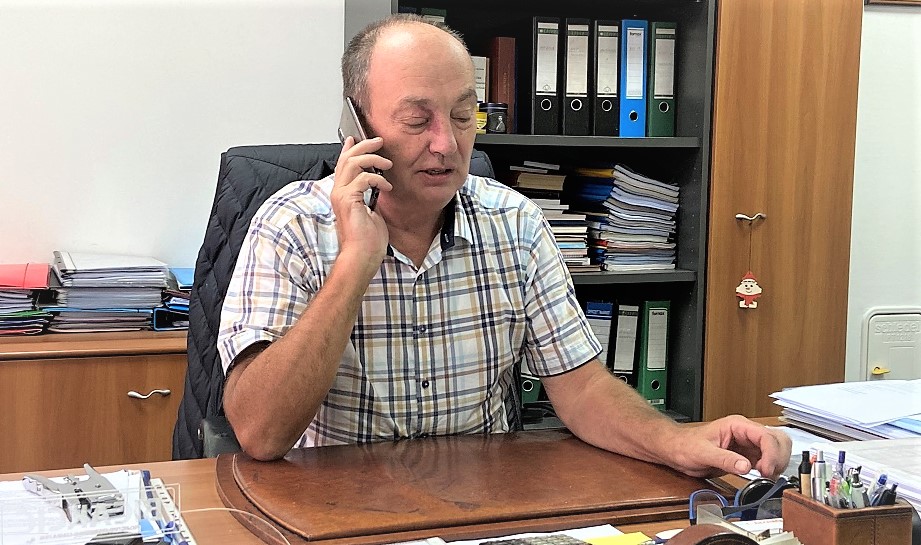 Bičakčić is not the only one with “amnesia” when it comes to questions about JANAF and other causes of devastation of oil industry in Bosnia and Herzegovina. Several others refused to talk about this topic even unofficially.

“BiH has announced addressing this issue on several occasions so far, but due to the “sleepers” in its institutions and the interest groups in the energy oil sector this issue has never been brought to a close. The real answer to the claims of Croatia is to initiate definition of Energoinvest’s rights in JUNAF (JANAF). Not only that, but also seeking the lost profit from 1991 to date, because BiH has been deprived of enormous funds”, persistently repeats Muharem Cero, former member of the Commission for state property of BiH. 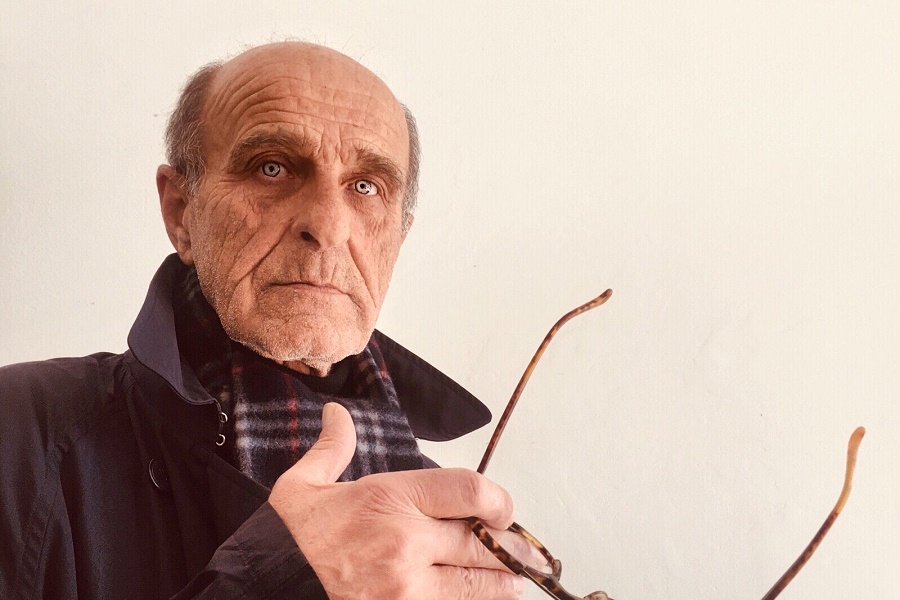 In the interview for Žurnal, Cero reminds of the example of the former chairman of the BiH Council of Ministers, Adnan Terzić, who at a time claimed of not knowing about seizure of the ownership rights in the oil pipeline by Croatia!? 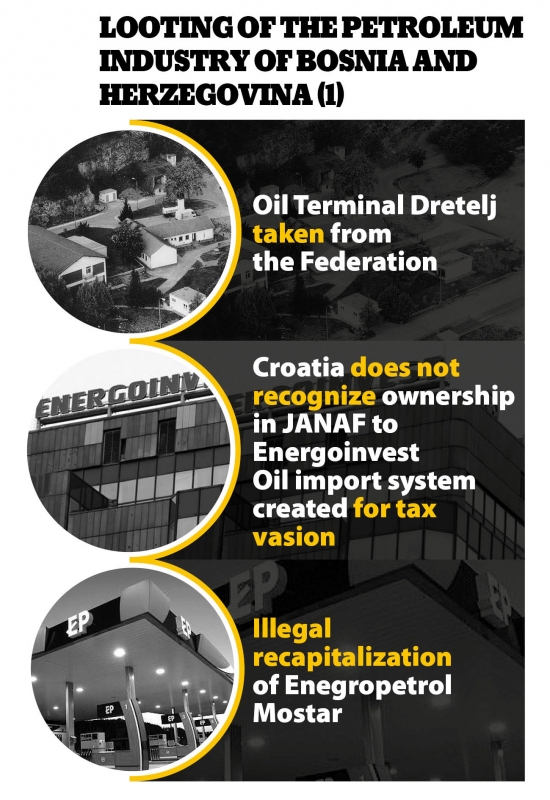 It all indicates that the plan to destroy, and then to take over the petroleum sector was created during the war and the first post-war years, and that all political “elites” had agreed to everything for the sake of instant benefit which is minor compared to the value of that business (to be continued).