Russian oligarchs in BiH: Takeover of the energy sector and destruction of Aluminum

Žurnal reminds of Russia’s growing influence on local political and economic developments. How the Russian oligarchs tried to take over the energy sector in Bosnia and Herzegovina

If there are any good news involving Bosnia and Herzegovina then one of those is that the preliminary design of Zagvozd (Croatia) - Novi Travnik gas pipeline has been completed. The next step is the preparation of environmental impact analysis, and the USAID provided grant funds for these two preparatory stages. The project “South interconnection” is one the list of priorities of the European Energy Community. It would secure gas supply from Azerbaijan to Albania, Montenegro, Croatia and BiH. The construction of a gas pipeline branch from Posušje to Mostar is also planned.

The RS Government objected to this project and did not give its consent to the Preliminary draft of the Agreement between BiH and the Republic of Croatia on construction of the South Interconnection gas pipeline, about which Žurnal wrote. Their action actually represents the defense of interests of Serbia and Russia, because the introduction of an alternative, and experts say a safer supplier, also means a gradual reduction of dependence on so far the only source of gas supply from Russia.

As the BiH Presidency must give its consent to the agreement, it is only to be expected that Milorad Dodik will follow the conclusion of the RS Government. However, it should not be forgotten that Elektroprivreda RS is at the same time preparing to establish a joint undertaking where Elektroprivreda Serbia would have 51 percent of the ownership. They are also preparing to build 3 hydropower plants on the Drina River in BiH. The opinion of the BiH Competition Council is currently expected, but it is certain that this project (too) will be the cause of a political dispute.

Over the past few years Milorad Dodik has been willing to make all concessions to the Russian politics and their businessmen. Preserving power was more important than whether they would generate enormous profit. Mostly they did, thanks to many concessions made by the authorities in Republika Srpska.

Žurnal had already in 2013 warned of suspicious contract to award concession for coal exploitation in Ugljevik to the Cypriot company “Comsar Energy Limited”, whose majority owner is the Russian tycoon, Rashid Serdarov. The contract was designated as a trade secret.

Serdarov had earlier sent “a letter of intent”, i.e. a plan to build two thermal power plants in Ugljevik, and the precondition is a concession for the exploitation of about 45 million tons of coal. The Russian businessman has 90% of the shares in the newly-established company “Comsar Energy Srpska”, while RiTE Ugljevik has the remaining ten percent. Years later, instead of the announced billion KM of investments, “Comsar Energy” backed out, and 180 million KM should have been paid to Serdarov as a “consolation”. This is the price for which “Elektroprivreda RS” would redeem his concessions!?

Another Russian businessman is part of the RS Government’s controversial decision, and he is the one involved in the sale of the Iron Ore Mine Ljubija.

Evgeny Zotov expressed the interest to buy the mine through his company “Israeli Investment Group”. The method of sale was the subject of years-long “wrangling”, because even more powerful “Arcelor Mittal” was on the other side. Although Zotov was allegedly offering more money, that saga is still not over.

Zotov also visited Tuzla Canton once, looking into possibilities to take over Global Ispat coke industry in Lukavac, yet another company owned by the Mittal group.

The ever growing influence of Russia on the local and political developments, albeit through its oligarchs, who are, and it should not be forgotten, largely under the influence of Kremlin, read Vladimir Putin, can hardly be just a mere string of coincidences. Incidence on the economy, primarily on the energy sector, is an attempt to substitute the one political part.

“Russian brothers” are at service even when the lapsed budget of Republika Srpska needs help. Let us recall writing of Žurnal in 2018, when a Russian oligarch on the US and European black list, was banned from entering BiH. He was to meet Milorad Dodik in order to directly arrange purchase of this entity’s bonds worth 300 million KM. A solution was found subsequently. The RS Ministry of Finance hired the Brokerage Company BMI from Hong Kong through which it will complete the sale, not willing to reveal buyer’s identity. 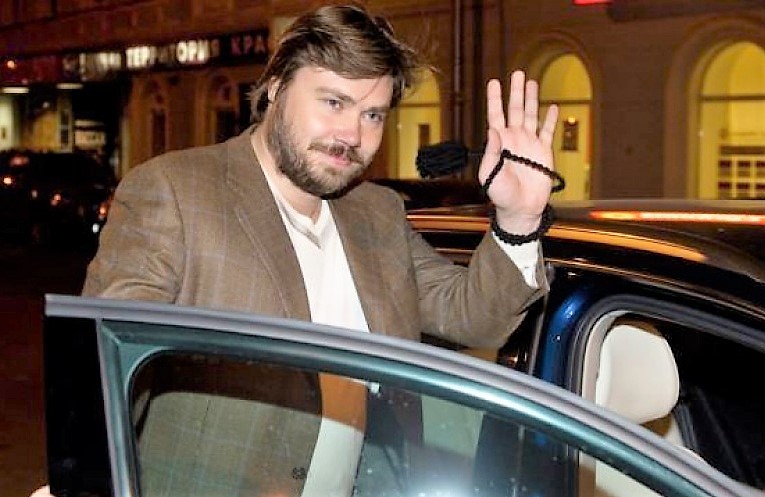 In return the authorities of Republika Srpska are favoring Russian companies when some “snatching” needs to be done through tenders in the public enterprises of this entity. Mine and thermal power plant Gacko published a tender for the fuel supply worth 16 million KM. The tender documentation read that the bidder must have a storage capacity of at least million liters. How Žurnal had written, it was clear that only “Nestro Petrol”, which operates under the Russian company “Njetfegazinkor”, meets the condition.

At the end we arrive to the part in which importance of the story on the Zagvozd-Novi Travnik gas pipeline and elimination of dependence on the gas from Russia is additionally explained. The gas pipeline “ruined” the plans to take over Aluminij that Dragan Čović was preparing as a token of gratitude for his political partner Milorad Dodik.

Žurnal had explained that intention in many of its texts. To put it simply, investments from Russia should apart from Republika Srpska be visible (and profitable) in the part where HDZ BiH is in power, and it required complicity from some long-time pro-Russian companies from Croatia.

It was first arranged to have the BiH Council of Minister adopt the decision on abolishment of customs duties on import of unalloyed aluminum. It could be then already guessed that the use of non-profitable electricity will be suspended in accordance with the plan devised at the secret meetings between Mostar-Zagreb, and a switch made to the gas, from Russia of course, which Žurnal announced.

“The company believes that production capacities can be promptly raised by melting the non-alloy aluminum, which is done in the gas-fired furnaces, thus reducing the cost of electricity consumption,” read the statement of Aluminij.

This will be followed by the suspension of electricity supply to Aluminij by Elektroprivreda HZ-HB, which certainly did not do it without the consent of the HDZ (read Dragan Čović). Electrolysis plants were shut down, and now the next stage starts - the gradual introduction of gas into the production, and the closest gas available, you guessed it, is the one from Ploče, where the companyPPD  has a terminal and gas purchased from Gazprom.

The plan was of course to tie up the “food chain” in the aluminum production by getting some other important segments, like Bauxite mine Posušje, and then Zvornik Alumina does not look so distant...

An Israeli corporation Abraham Group appears as Aluminij’s savior at the beginning of the year, but Žurnal explained their connections with – Russia.

It is only a portion of many events, which, you must admit, are accompanied by an abundance of coincidences. It could not even be denied by the Ambassador of Russian Federation to BiH, Petr Ivancov, who once said that Žurnal is “untrustworthy”, but it will turn out that our texts and announcements of the order of events, despite Ivancov, were correct.

SVI POSLOVI HARISA IHTIJAREVIĆA (3): Zaradili 4,3 miliona KM na preprodaji imovine Slovenijalesa
Pročitajte još
WATCH THE MOVIE: Putin’s plan for the Balkans
HOW IS RUSSIA CONTROLLING MILORAD DODIK: Business affairs with Russian tycoons and fear of Putin’s revenge
RUSSIAN STRATEGY FOR THE BALKANS: Putin's supporters in BiH did not disappear, they are just changing the tactics
WHILE RUSSIA IS TRYING TO OCCUPY UKRAINE: Dodik and Čović waving the Russian flag in Bosnia and Herzegovina