The Center for the Development of Media and Analysis (Centar za razvoj medija i analize - CRMA) organized the selection of the best journalistic research on corruption for the tenth anniversary, and this time the journalist award ceremony was held at the National Theater in Sarajevo. More than 25 applications were received, and the jury consisting of journalists from the online magazine Žurnal selected the three best investigative media content on corruption.

Al Jazeera Balkans journalist Dragan Stanimirović was awarded for the documentary series “Bitka za Neretvu” (“Battle for Neretva”), which investigated the benefits and harms of building a large number of new hydropower facilities in Herzegovina. 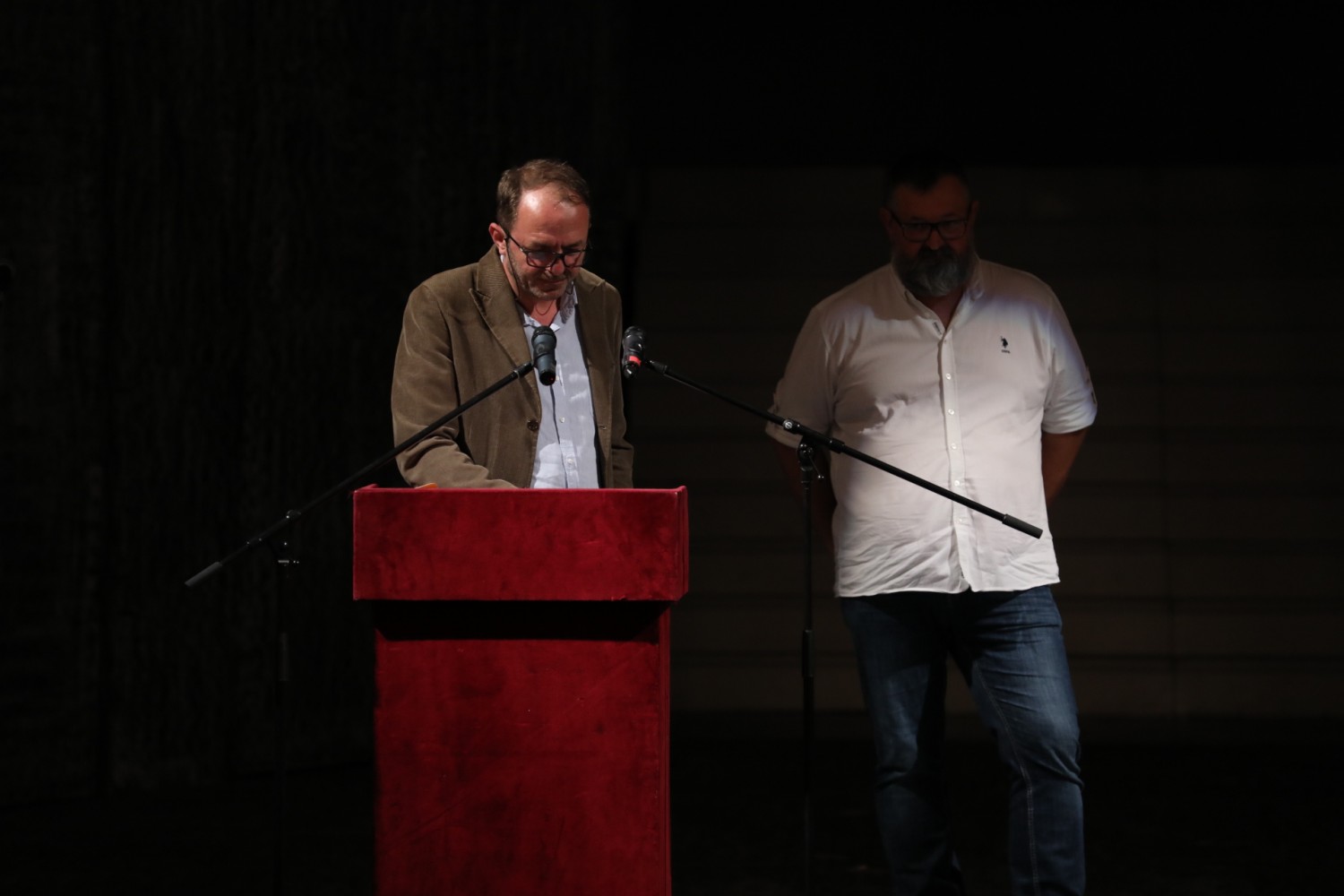 "It means a lot to me that the choice and significance of the topic is supported in this way. This will also be an incentive for me to finish the third part of the "Battle for Neretva" series, which I am currently editing. Through this story, we can best see how the rivers in Bosnia and Herzegovina are divided according to the former front lines from the last war by "our" political elites", said Stanimirović. 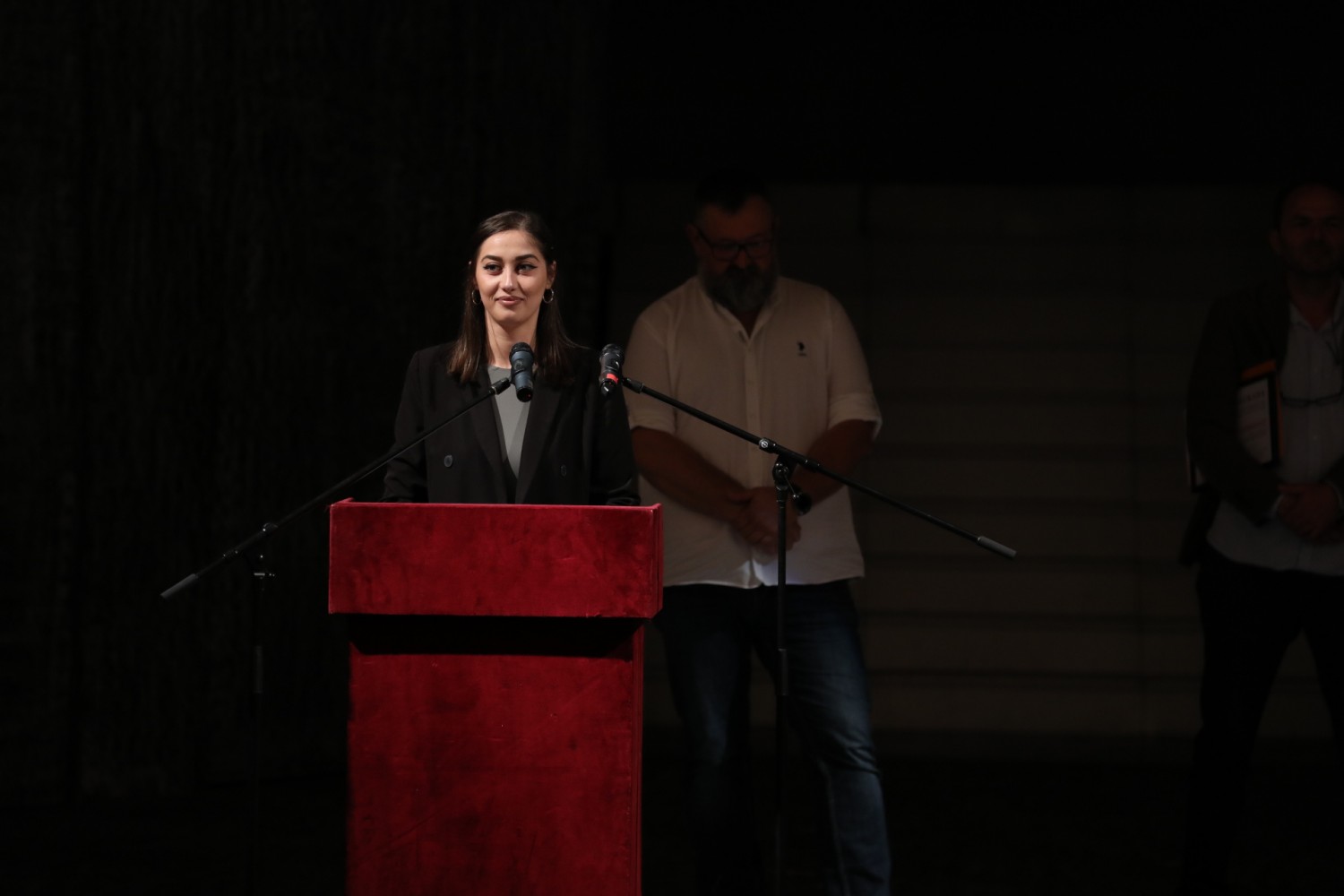 "I am extremely honoured to be one of the winners of the award. I can say that this award is extremely important to me as a young journalist who is just at the beginning of her career and that it represents a kind of incentive for my future work. I want to thank, first of all, the Center for Media Development and Analysis for recognizing my work, but most of all my colleagues from the Tacno.net portal," said Šabanović. 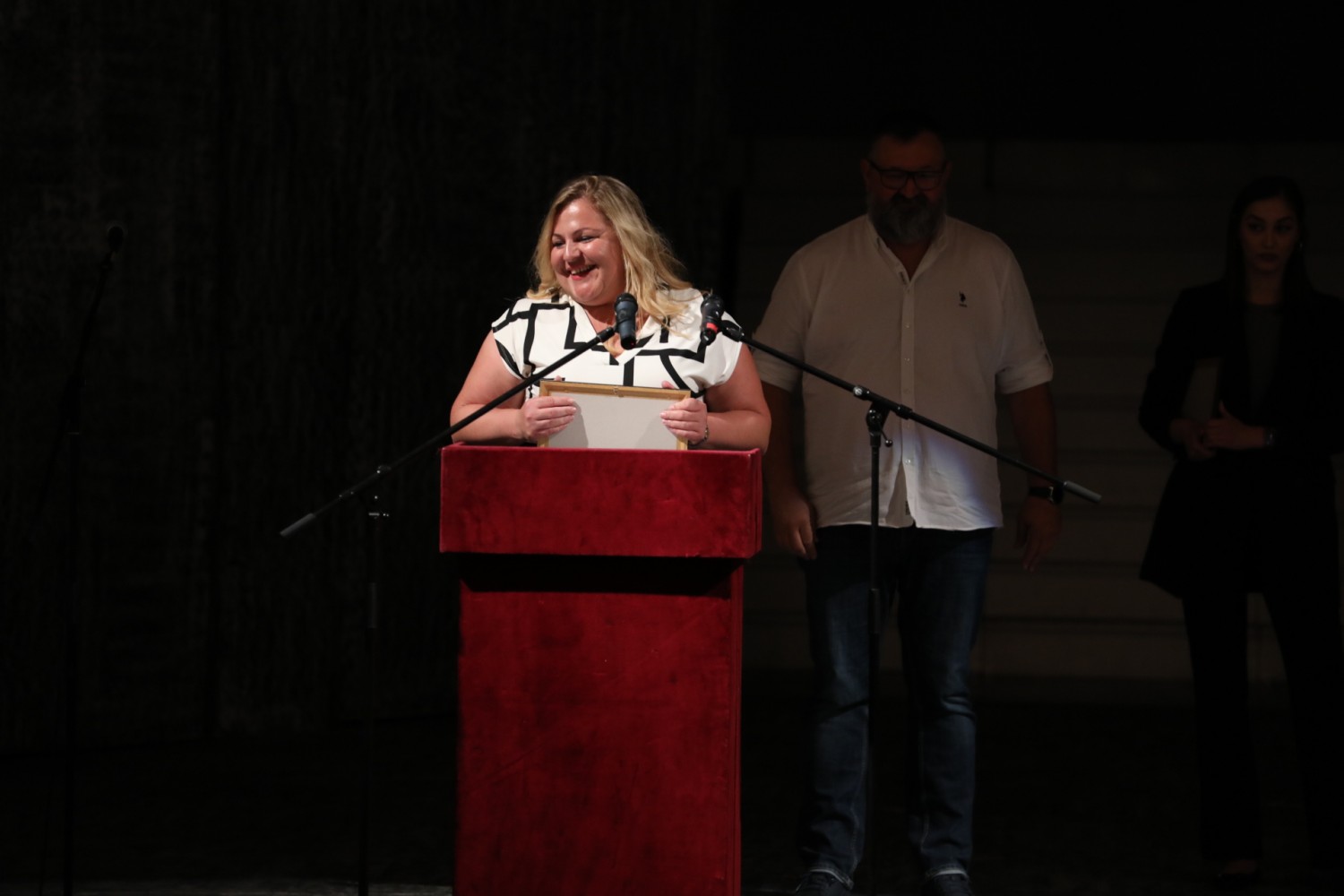 "I have been given a great honour and it is difficult for me to find the best words to thank my colleagues, both for applying and for this prestigious award. All of us have a duty, even a mission, to point out the problems that shake and shape our society, to try to be the necessary corrective to it, by engaging in investigative journalism. We constantly repeat that free journalism is threatened, that we are under pressure and that there is always a censor lurking around us, that they deny us answers. That is true, but we are forged to overcome these obstacles and seek answers against all odds. If with my work in the past nearly twenty years I have contributed to that, if I have influenced the solution of a problem or helped someone a little bit in trouble, I believe that then my part of the mission has been fulfilled, and all that we do together is worth every struggle", she underlined. 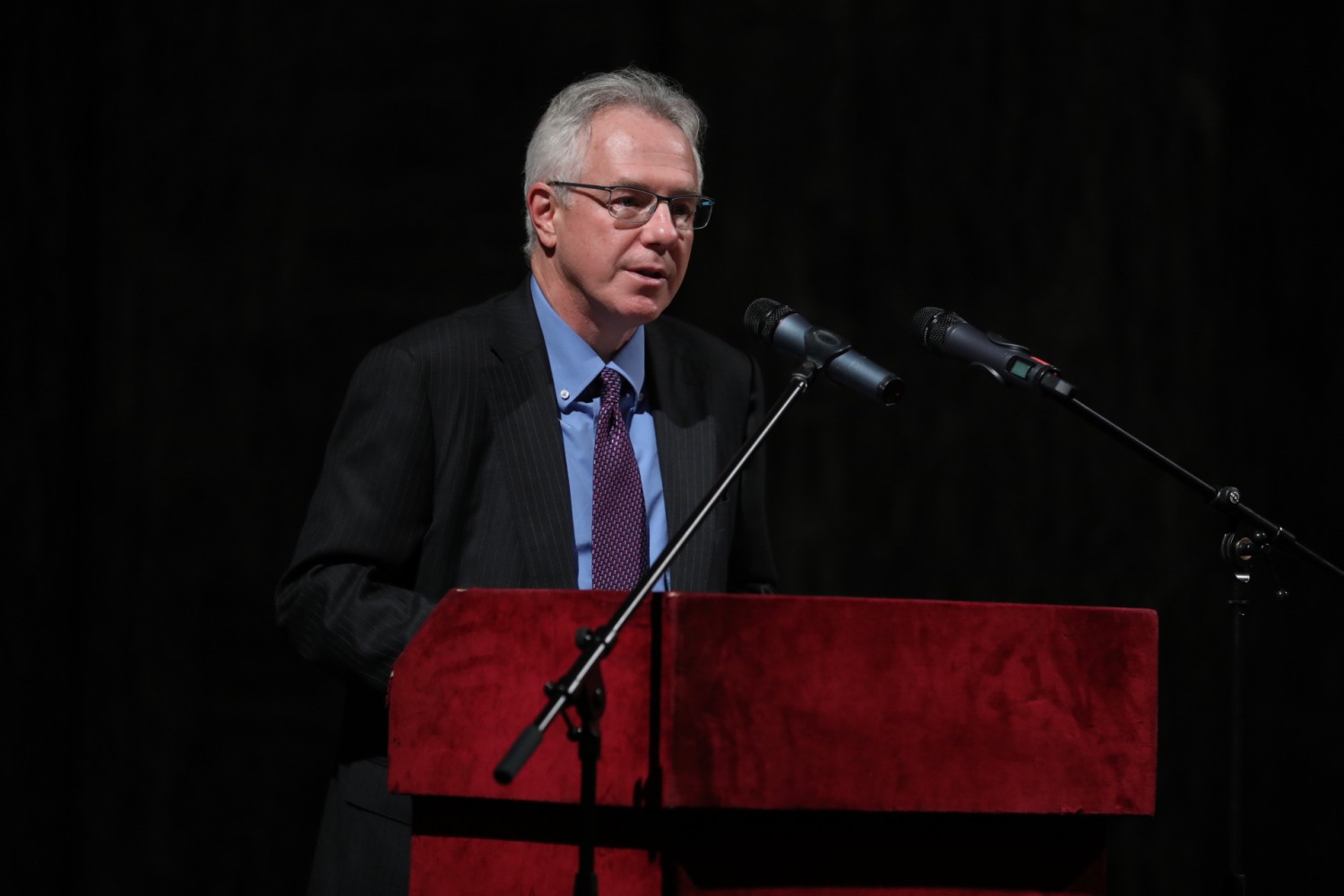 “I'm here tonight to talk about heroes. I am here to talk about those who do what is right no matter the cost. I am talking about those who put their country and community above themselves. I am here, indeed we are all here tonight, to celebrate the men and women who do all this and more - Bosnia and Herzegovina's investigative journalists. We honour them for their excellence. We honour them for their bravery. We honour them for their perseverance. And we honour them because their work makes Bosnia and Herzegovina better. They are, in every sense of the word, heroes. Free and independent media are the cornerstone of democracy. At its best, it ensures that the country's government functions in an open and transparent manner and that the rules apply equally to everyone," said Ambassador Murphy.

The awarding of the journalist award was preceded by a joint viewing of the theatre play "Protekcija" (“Protection”) by Branislav Nušić, one of the most important comedy writers of his time, directed by Kokan Mladenović. 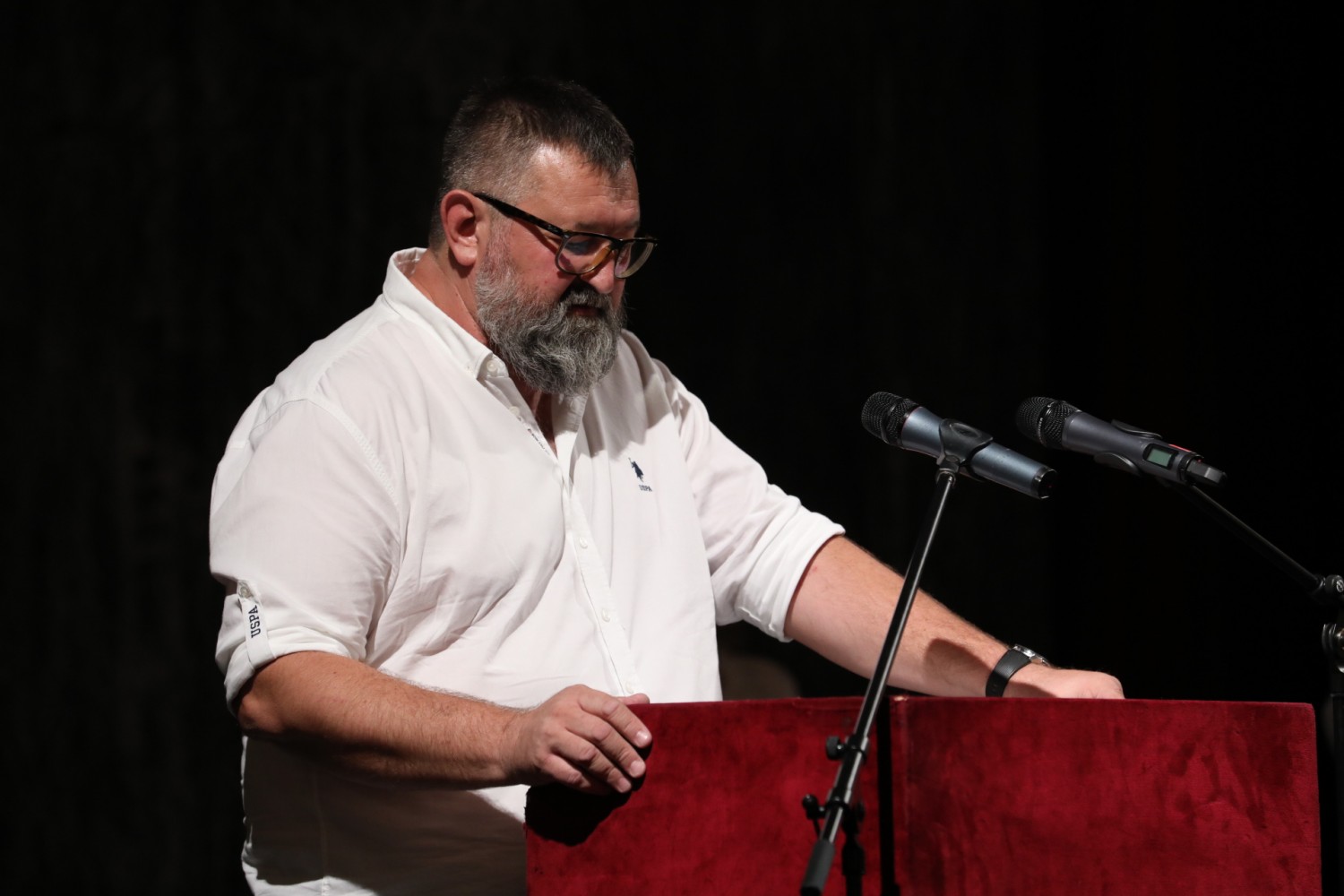 CRMA Executive Director Eldin Karić pointed out that this play could be called "One Hundred Years of Corruption":

"Because, a hundred years ago, 101 years ago to be exact, this work by Nušić was staged in Sarajevo's National Theater. The theme is the same, the actors are almost identical, and the epilogue - the situation unchanged. It could be said that corruption in these areas is a permanent condition. In the same way that the fight against corruption is just centuries old. Everyone hides behind that colourful curtain, from corrupt politicians to the newly rich, to journalists who have found their place in this parallel world of protectionism, clientelism, kleptocracy, simply put: systemic corruption and crime. Tonight, together with us, you have the honour of passing through to the other side of the curtain. To take a peek into the parallel world of a society that really fights against corruption, where there is daily talk about misuse of public money, about the privatization of our property, our lives and the future of our children. Welcome to the world of people who did not agree to sell themselves for better wages and status in society, who are not ready to paint the black reality…

Karić congratulated the winners of the journalist award, pointing out that they, like others engaged in investigative journalism, help society by pointing out crime, corruption and other social deviations:

"Tonight we are giving an award to those who broke the established social algorithm with investigative journalism, according to which everything is allowed if you are the government, if you are part of "my people", if you have the power to hire my son, daughter, wife, husband, son-in-law, daughter-in-law... Tonight's winners of the award, as well as all those who competed with their research content, helped, help and will continue to be there to keep us awake, to show us, as in a kind of Matrix, that the falsely presented "reality" is only a space where a thorough robbery of this society is being carried out and the devastation of all civilizational values. Finally, those who have seen The Matrix may remember when Morpheus explains to Neo the real world: "This is your last chance, after which there is no going back, you take the blue pill - the story ends, you wake up in your bed and believe whatever you want to believe, you take the red pill - we're going to wonderland." Maybe this is our last chance to take the "red pill" and see what reality is like."

The awarding of the journalism award for the best research on corruption was made possible with the support of the American people through the American Organization for International Development - USAID.