MIGRANTS AT THE FASHION SHOW: Glamour, fashion, camps and batons

A fashion show was held in the Sarajevo City Hall with the participation of migrants. Some 300 kilometers away, migrants are beaten, thrown into rivers, locked in garages without windows ... But these are not scenes for the EU and IOM delegation. However, they are for such, sleek, variants

- At midnight, the carriage turned into a pumpkin - this is how an activist and connoisseur of the situation on the field will characterize the fashion show organized by the IOM and the European Union in the Sarajevo City Hall. For several months in the Blažuj, Ušivak and Miral camps, IOM, supported by EU funds, taught migrants how to sew. In Facebook posts, IOM will call these “corners” a “fashion studio”. The idea culminated on December 16 in the City Hall, where the models were also migrants. 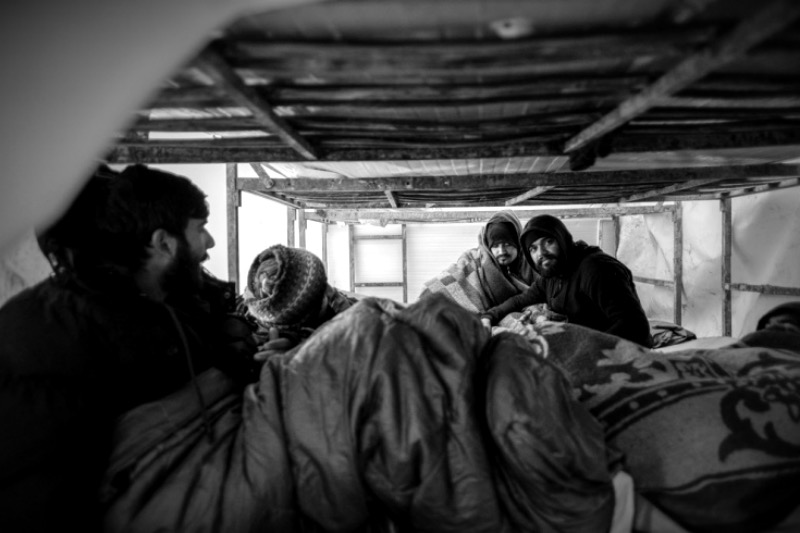 The show for diplomats

About an hour of "providing support to migrants" funded by the European Union to the Bosnian public was supposed to show how migrants are people, and point out their contribution to the countries they come to. At the opening, we could find out that the UN Resident Coordinator in BiH, Ingrid Macdonald, is also an "economic migrant":

- Migrations have a broad meaning. I also left my country to look for better economic opportunities, so I am also part of migration.

According to the official biography, Ingrid Macdonald is originally from Australia.

However, we could not hear her experiences with the difficult living conditions she had in New Zealand, where she was educated, or how the state border police treated her on the way from New York to Bosnia and Herzegovina. This statement is particularly inappropriate given that most migrants are "under the care" of the IOM in BiH as economic migrants.

In the first six months of this year, more than 80,000 of its citizens left BiH, and the end of the year will bring much more dramatic results. In this context, the message of a high-ranking IOM official given during a fashion show about this trend is confusingly optimistic:

As she did not talk about her migrant journey, she reminded that "we must make sure that migrants have security, dignity and are guaranteed human rights because we cannot achieve the UN goals of sustainable development if even the most vulnerable among us do not have guaranteed dignity and human rights. ”

The UN Resident Coordinator in BiH did not send this message to her colleague in the front row, the head of the EU Delegation to BiH Johan Satller, nor did she state that about 300 kilometres from the City Hall, under the auspices of the European Union, tied migrants are thrown into rivers. They take them off in their underwear and drive them across the border in BiH, draw crosses on their heads, beat them with batons and kick them, lock them in garages without windows, with no toilets or drinking water, shoot and let police dogs at them.

"The goal is to provide support to migrants," said the EU Delegation to BiH, forgetting that only 13 days ago, the whole of Europe was officially "aware" of the abuse and humiliation of migrants in the European Union. They were abused by Croatian police officers, systematically, equipped and financed by the European Union, to keep immigrants as far away from its borders as possible.

For six years now, the same European Union has been proving its support for migrants by shamelessly keeping silent about countless reports from NGOs, the media and the testimonies of migrants who suffered violence at the EU borders, continuing to generously fund the Croatian police. In addition to keeping quiet about what is happening at their external border with the European Union, they gladly shared lessons with BiH on how to treat migrants, forgetting that all beaten and abused migrants are treated and cared for by police, doctors, NGOs, citizens and volunteers of Bosnia and Herzegovina.

- Tonight we are celebrating many things, primarily the International Day of migrants, the theme is exploiting the potential of human mobility and this is exactly what we will show you tonight - said the head of the IOM mission in Bosnia and Herzegovina Laura Lungarotti. And they showed. Migrants, including children, walked the runway in fashion creations sewn by migrants in camps across BiH. But there is no glamour or warmth in these camps.

"The Ministry of Security, through the centres for social work and health institutions, determined the abuse of minors from sexual abuse to trafficking. This is all happening in front of international organizations that are present in the camp ", said the Prime Minister of the USC Mustafa Ružnić at the beginning of this year.

The testimonies of many volunteers and migrants are no better either - the camps are overcrowded and without conditions. 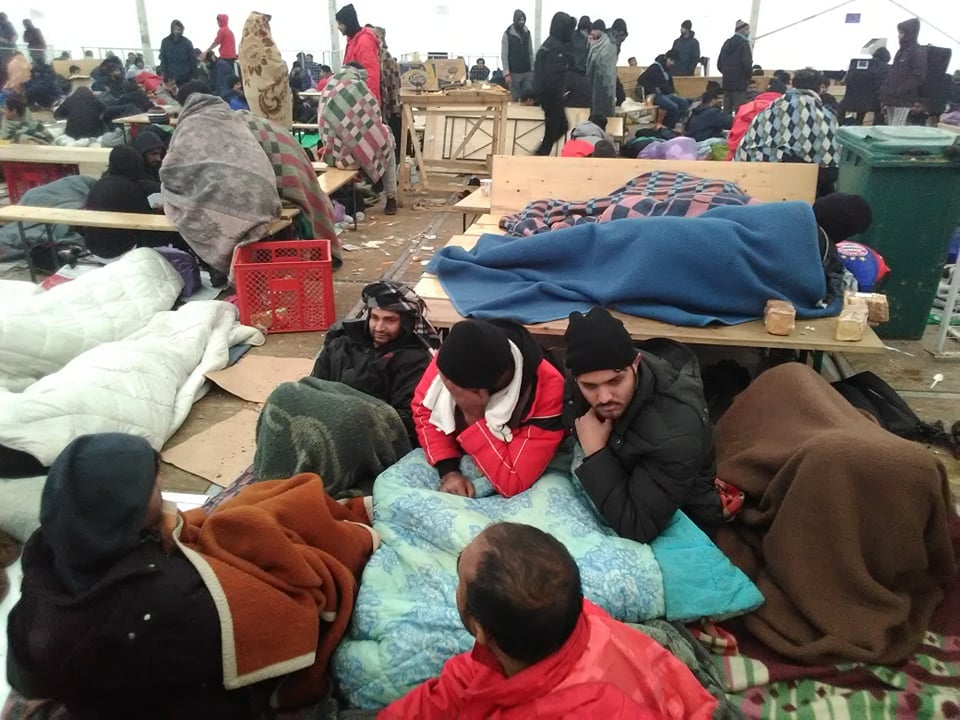 In the first six months of this year, about seven and a half thousand migrants were registered in BiH. Currently, about three thousand of them are housed in five reception camps in Una-Sana and Sarajevo Canton.

"With better weather conditions, migrants are more mobile and transit through the country much faster in an attempt to cross the border of the European Union (EU) and thus are not found in most of the locations where they reside. Also, as was the case in previous rounds, the presence of the Foreign Affairs Service inspector in each team contributed to the possible reduced presence of migrants at the locations. However, in line with the previous 5 rounds, the number of migrants who declared that they were not placed in reception centres is still on the rise: 91% in the first round, 97% in the second round, 99% in the third round and almost 100% in the fourth, the fifth and sixth rounds”, explained the IOM.

We asked IOM if the migrants who participated in the fashion show were paid for their engagement. We also asked how much this fashion performance cost, and how much money IOM set aside for those needs, considering that the creators, marketing and other agencies were also engaged. We did not receive an answer to our questions. 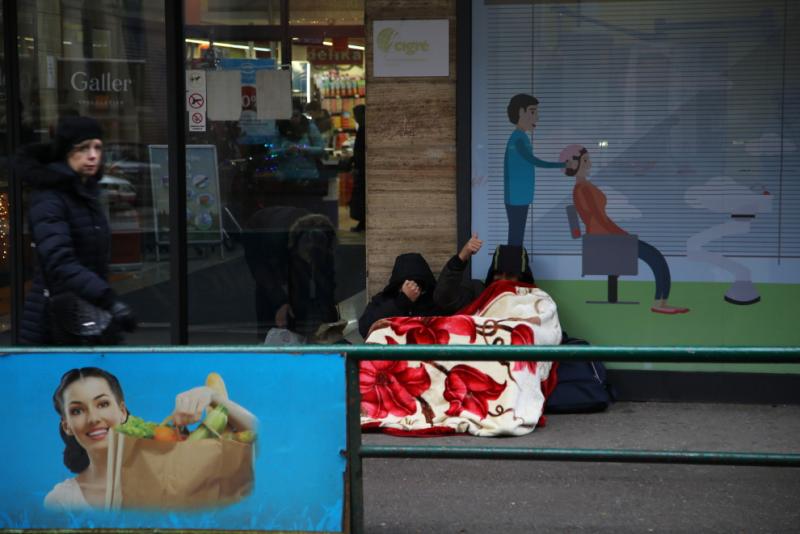 Žurnal has repeatedly written about the terrible conditions in which people on the move stay in the camps of humanitarian organizations. Some texts were based on our visits to the camps and some on the basis of conversations with numerous activists on the field who volunteer - in Sarajevo, Tuzla, Krajina ... This time, suffice it to say that none of them could comment on the fashion show in the City Hall:

- I can't, it's so painful that it was hard for me to say anything. This is nasty and sick of what we are and how blind we are - one of them will say.

- I felt physical nausea. They treat them like animals - Krajina activists will refuse to talk.

Activist Gorana Mlinarević in the Facebook group for helping refugees wrote that pictures speak better than words - you just need to compare the luxury of the City Hall with pictures from camps, or, as she calls them, concentration camps. She believes that this is the culmination of "insolent racism".

- They practically run camps in BiH, but that is why they chose a group of people to put make-up on them and arrange for a "show" in the Sarajevo City Hall - Mlinarević wrote.

This is also hypocrisy, she believes, because behind the luxury shown, people live in containers and inhumane conditions:

- But it was important to spend money on PR. And it is important that the "elite" gathered in the City Hall to applaud feels good, powerful and let’s say "kofol" humane. It is humane only to treat people as equals and enable them to live with dignity! It is not humane to lead them around as exhibition samples to show a false image. We may not be able to talk about complete forced labour, but I am not sure that this could not be characterized as forced labour in court if criminal proceedings against humanity were to be conducted.

However, international organizations have immunity, he concludes:

- Maybe these few people will earn some money, maybe they have even learned some skills (although all in the field of low-paid precariat), but they will still be left in violent conditions of administration, camps and borders.