After warning about the harmfulness and illegality of the adopted regulatory plans drafts in Zenica, the "Pokret za preokret" or "Movement for Change" group is now warning about another problem - the violation of the authenticity of the monuments of modern architecture. They also point out that some important monuments, such as the Bosnian National Theatre, are being destroyed due to carelessness and lack of maintenance. In addition, they are disappointed that neither institutions nor politicians take a serious interest in spatial planning and urbanism

The spatial plan of the City of Zenica defines a total of seven buildings that have been declared monuments of modern architecture from the period after the Second World War. Although the plan itself envisages the exclusive maintenance of these buildings in their original form, the people of Zenica testify that many of these buildings change their authentic form and purpose, while some are deteriorating every day. 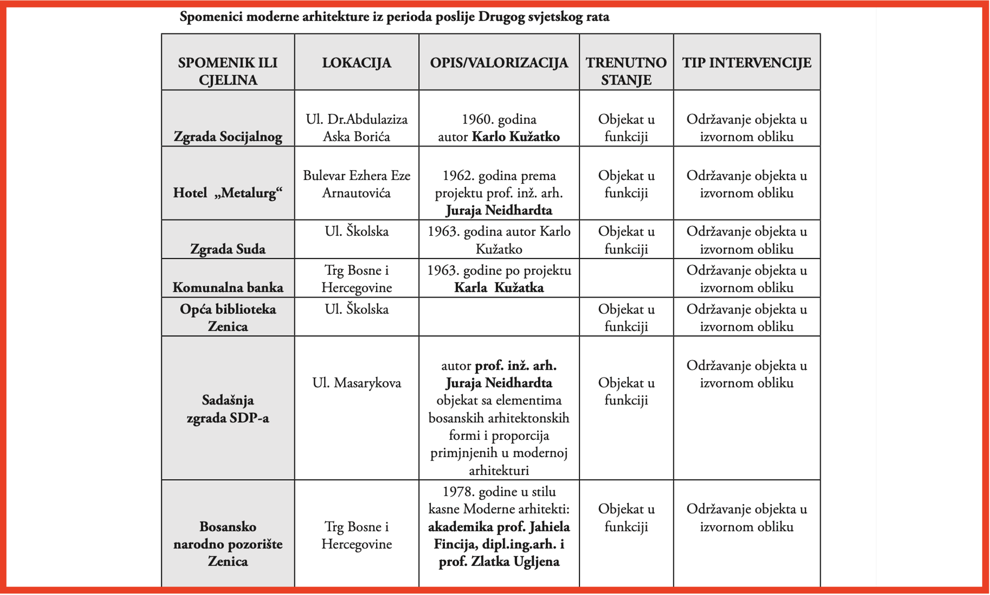 One such facility is the Bosnian National Theater in Zenica. Journalists from Žurnal were also convinced of the poor condition of this monument of modern architecture. 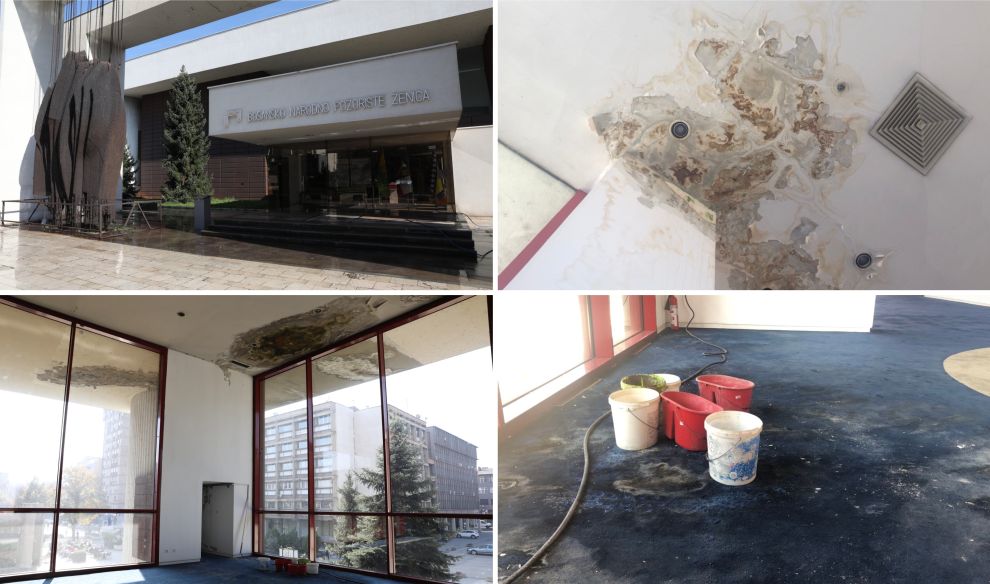 Boris Britvar, an architect from Zenica and a member of the informal citizens' group "Pokret za preokret" or "Movement for Change", tells us that the Bosnian National Theater in Zenica is an example of the government's carelessness towards cultural objects and our architectural heritage.

"This is an important architectural work, that is, a part of our cultural and historical heritage. When we talk about cultural heritage, we have two approaches. One is when we destroy our own values with new construction, and the second is an example of when, through carelessness, we destroy the values that we should pass on to future generations. The Bosnian National Theater is an example of the latter", he points out.

During a short walk through Zenica, Boris Britvar points out two different examples, monuments of modern architecture, where the authentic appearance of the buildings is destroyed by reconstruction.

The first example is Komunalna banka, which is currently being reconstructed. Britvar warns us that after the reconstruction, the building will take on a completely different form than the original one. It is particularly problematic, he claims, that right next to this monument of modern architecture, in a green area, the addition of skyscrapers up to 60 meters in height is planned!

In addition, he points out many illegalities in the process of issuing building permits, claiming that the basic provisions of the Spatial Plan were not followed, as well as a violation of the basic principles of the profession.

"This is not about revitalization, that is, keeping the original form, but about reconstruction, after which the building will take on a different form. The addition of skyscrapers in the immediate vicinity is nonsense if we are talking about cultural and historical heritage, that in this way we are disrupting the ambient whole", warns the architect from Zenica. 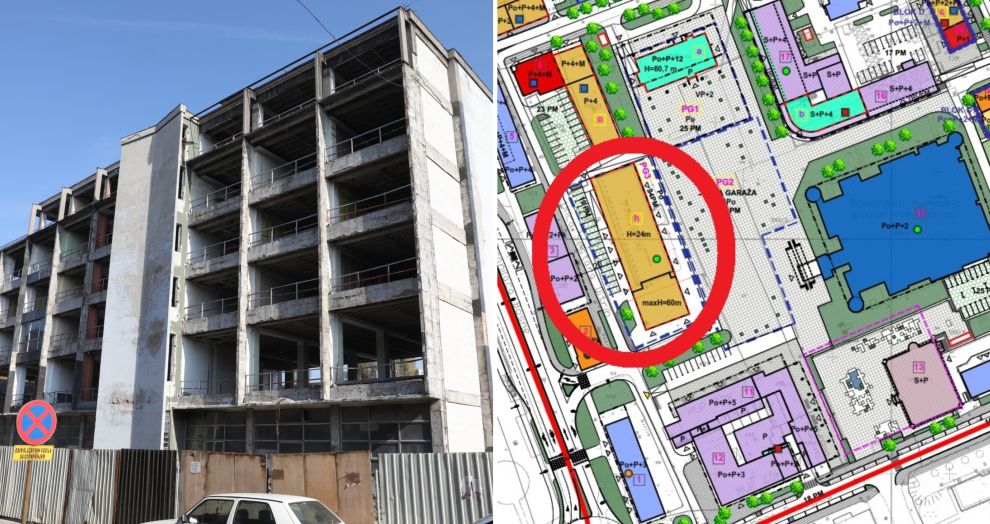 The building of the Municipal Court in Zenica is located near Komunalna banka. And this building is one of the monuments of modern architecture that is also being reconstructed. However, instead of the recognizable ceramic one, a new facade is emerging on this building. In addition, one part of the building was extended. All this distorts the original shape of the object.

"When we talk about the relationship to cultural and historical heritage, here the state works against the state. If we take care of a cultural monument, then there is no question of changing its authentic facade that was made in 1963. In addition, any kind of upgrade that we are witnessing is out of the question", explains Boris Britvar. 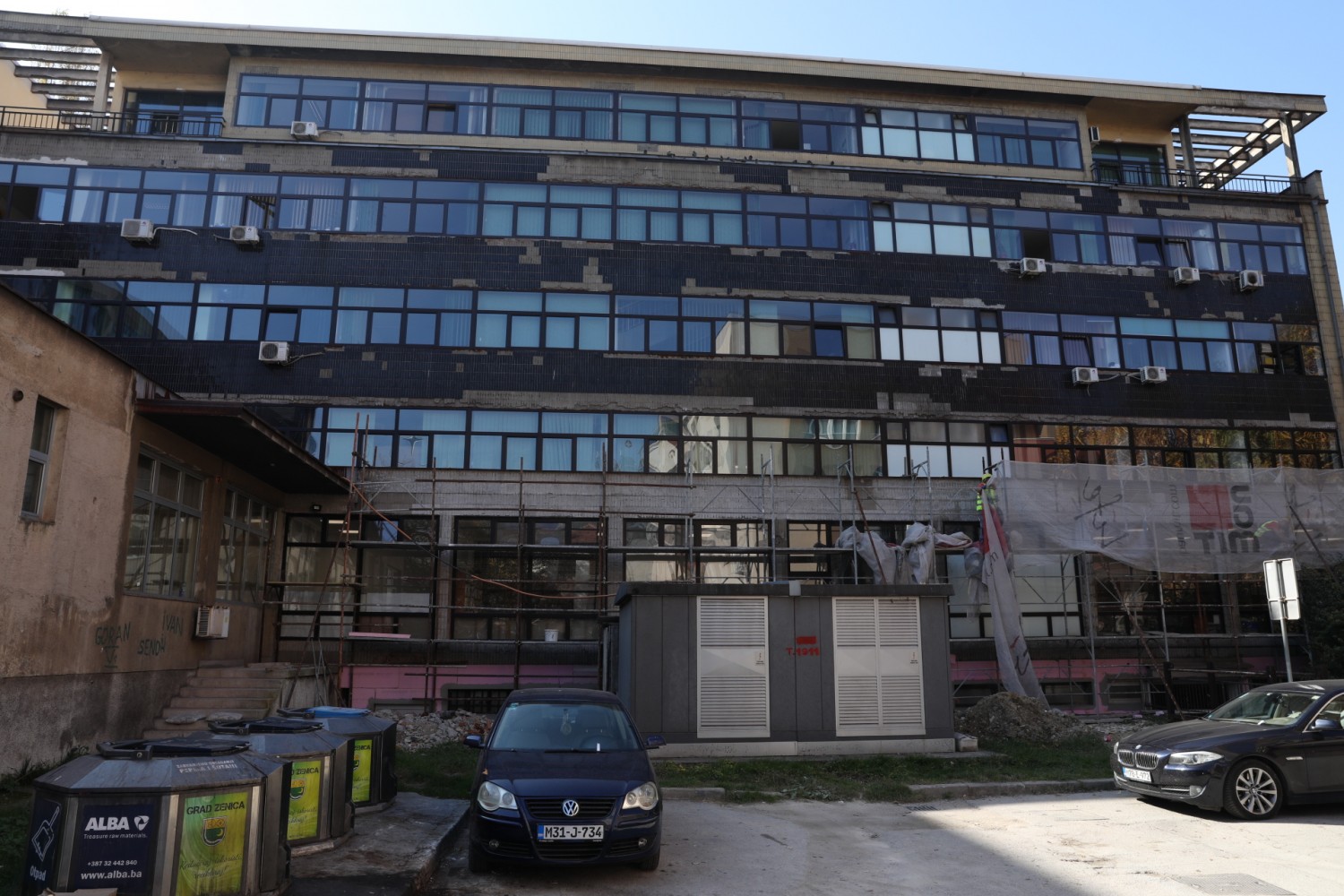 These are just some examples of the controversial post-war construction in Zenica. Britvar and his colleagues from "Pokret za preokret" constantly warn the public and the authorities about many illegalities and illogicalities when it comes to issues of spatial planning and urbanism.

We have already written in detail about this informal group of citizens and their results. However, as they tell us, they are disappointed because despite all the evidence they presented, and the criminal charges they filed, there is still no reaction from the authorities or judicial institutions.

In addition, it is also disappointing for them that no one seriously dealt with this issue in their pre-election campaign:

"It is interesting that not a single party has said a single word about the Spatial Plan of the Federation, which determines the future directions of the Federation's development in all areas. Our team includes experts from various fields, but none of the politicians have approached us. They are only interested in coalitions, armchairs, ministerial positions and the like."

Britvar tells us that even at the local, Zenica level, no one has seriously dealt with the issues of spatial planning and urbanism. During that time, he says, valuable buildings in Zenica are irreversibly destroyed.

"Zenica is a characteristic example of a city that, after the First World War, thanks to the work of a number of great architects and engineers, experienced significant spatial expansion and complete urban transformation. Most of the buildings built according to the projects of the great masters today represent unique monuments of modern architecture, which should be reason enough for our city to bear the epithet of the city of architecture, instead of the often unfair term "worker's city". The city of Mostar has the Old Bridge, Sarajevo has Baščaršija, and Zenica has a whole city-monument, and we are not even aware of this value", say the activists of the "Movement for Change" group.

Let us remind you that this group, among other things, asked the Commission for the Preservation of National Monuments in BiH to establish and protect a narrower urban zone in Zenica, as a special cultural and historical value of BiH. However, they have not received an answer to date.

Journalists from Žurnal also sent an inquiry to the Commission's address, but we did not receive an answer. Let us also add that we sent questions related to spatial planning and urbanism to the City Administration of Zenica, but we also never received an answer.