BALKAN OIL ROUTES: The company of the SDA sponsor has been, for years now, getting millions worth of contracts from the Municipal of Podgorica

According to the information of the Energy Regulatory Agency there were 70 companies in Montenegro doing business in 2019 related to trade, warehousing and/or transport of petroleum products, LPG and natural gas. Out of these 70 companies, “Hifa Oil CG” is amongst the first eleven companies that had made the biggest operating profit in 2019

According to the information of the Energy Regulatory Agency there were 70 companies in Montenegro doing business in 2019 related to trade, warehousing and/or transport of petroleum products, LPG and natural gas. Out of these 70 companies, “Hifa Oil CG” is amongst the first eleven companies that had made the biggest operating profit in 2019

The Company “Hifa Oil CG”, owned by BiH businessman Izudin Ahmetlić, sponsor of the Party of Democratic Action (SDA), has been for years now doing business in Montenegro with the company “Putevi”, which is owned by the Municipal of Podgorica.
According to the data collected for this research, in the period August 2018 – May 2020 “Hifa Oil CG” had signed five contracts with “Putevi” on supply of diesel and unleaded fuel, but also of asphalt base in the total amount of 2.378.640 Euros. These are the contracts that were signed at the time this company was headed by Violeta Klikovac, as well as by the current director Radenko Bulatović. The head of the Municipal of Podgorica is Dr. Đorđe Suhih, who is also president of the Municipal Board of the Social Democrats (SP)- the party of the president of the Parliament of Montenegro, Ivan Brajović, which is a smaller coalition partner of the previous government of Milo Đukanović. 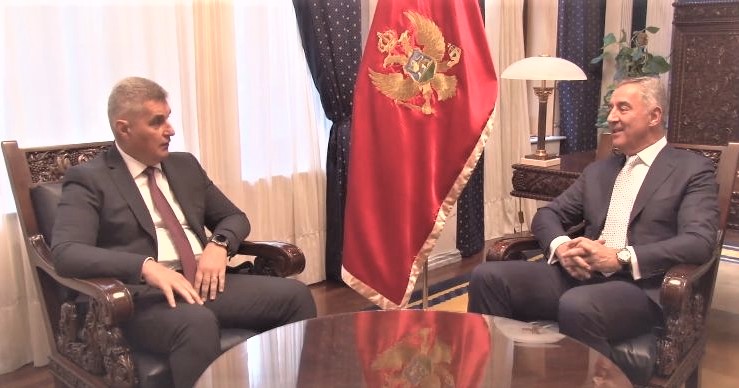 The data of CRPS show that the company “Hifa Oil CG” was established on May 18, 2017. The registered founder at that time was Izudin Ahmetlić personally, while the authorized representatives were Kenan Ahmetlić and Adil Halilović. Nemanja Mrdak was registered as executive director. Today, the CRPS registry lists the company of the same name from Tešanj, owned by Izudin Ahmetlić, as the founder of “Hifa Oil CG”.
Business cooperation with the University of Montenegro
“Hifa oil CG” is not only winning the tenders of company “Putevi”. It also has business cooperation with the University of Montenegro, led by rector Danilo Nikolić.  Mrdak and Halilović had signed a 120 thousand Euros worth contract on supply of petroleum products i.e. fuel oil with rector Nikolić on February 13, 2018. The contract specified the amount of 160 tons of fuel oil that had to be delivered within 48 hours following the date of order. This is not the only contract signed between rector Nikolić and representatives of “Hifa Oil CG”. Another contract on supply of approximately 180 tons of fuel oil worth 80 thousand Euros was signed on December 2, 2019, specifying the same delivery deadline as the previous contract. 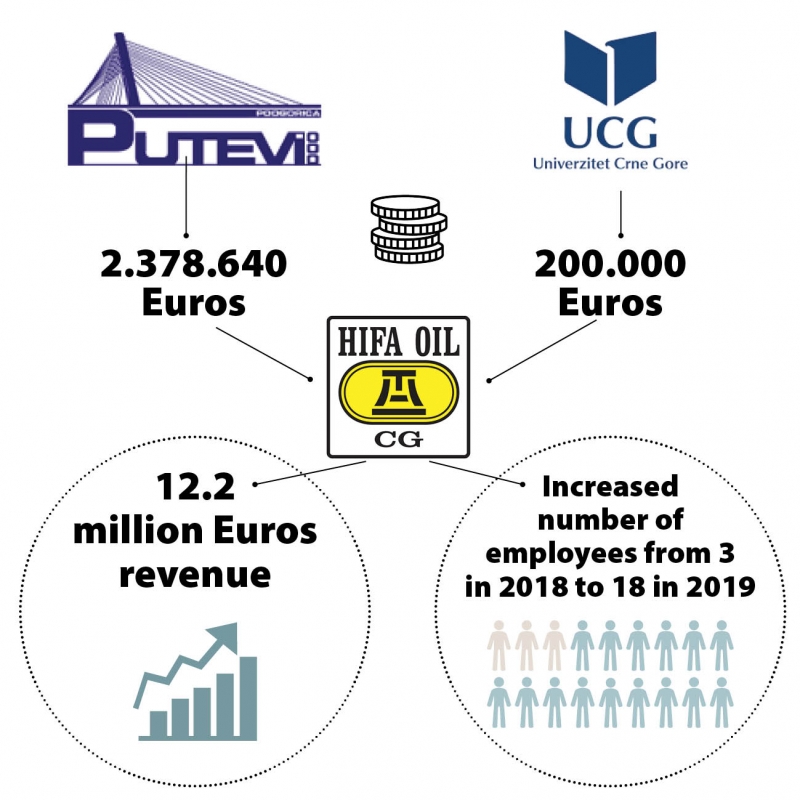 12.2 million Euros sales revenue in only a year
The Tax Administration of Montenegro notes that the company “Hifa Oil CG” has managed to quite quickly build up the business and earn millions since it entered the Montenegrin market. In December 2019, it was recorded that this Ahmetlić’s company had total assets worth around 5.2 million Euros, which continuously increased every year. In the last year alone, “Hifa Oil CG” had 12.2 million Euros of sales revenue, while the profit at the end of the same year amounted 234.688 Euros. The number of employees in the Montenegrin branch office grew since its establishment. Three employees were registered in 2018, while in 2019 that number increased to 18 employees. 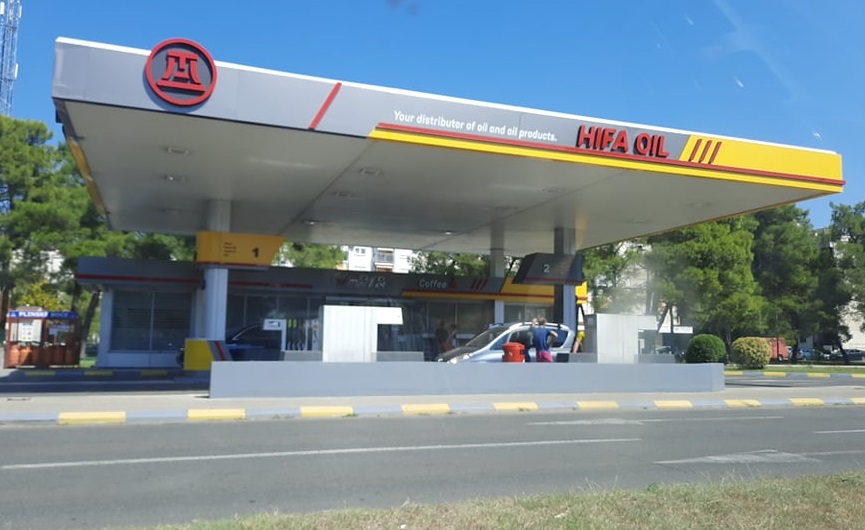 In March last year the media reported that the company “Hifa Oil CG” has opened its first retail facility in Podgorica. The guests at the official opening ceremony were amongst others the Ambassador of Montenegro to Bosnia and Herzegovina Milan Lakić, Kemal Grbović on behalf of the city of Podgorica, charge d'affaires of the Embassy of Bosnia and Herzegovina to Montenegro Moamera Hrbo, president of the Municipal Assembly Golubovci (in which the facility is located) Ratko Stijepanović and president of the Montenegrin Chamber of Commerce Vlastimir Golubović. 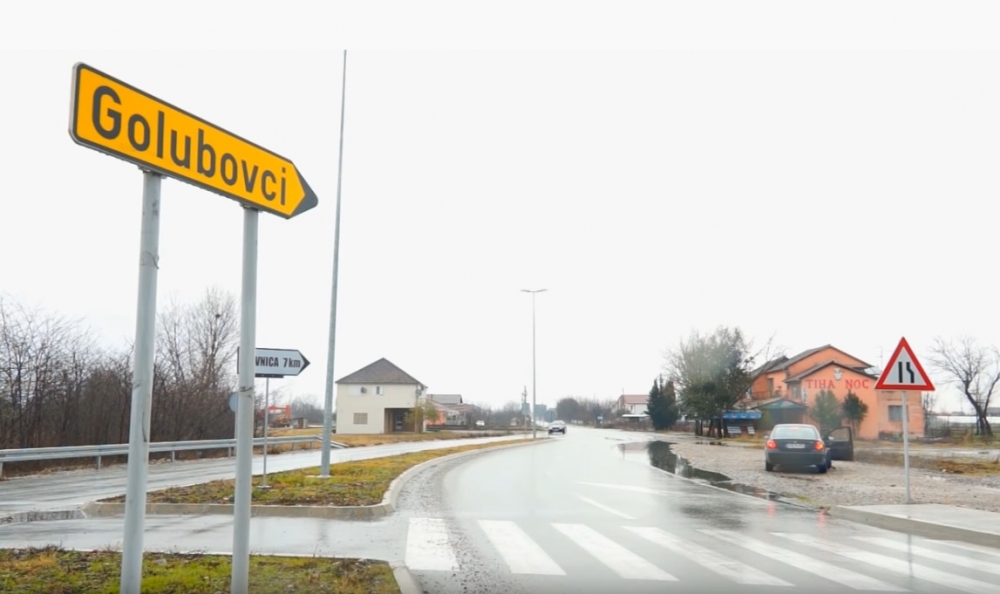 The authorized representative of the company, Kenan Ahmetlić, thanked for the support of “the local authorities during the construction of the multifunctional facility”. Golubovci is also the birth place of Sebija Izetbegović, the spouse of the SDA President Bakir Izetbegović.
Questionable sale of property near Herceg Novi
The business operations of Izudin Ahmetlić in Montenegro started long before he established company “Hifa Oil CG” in Podgorica. BiH portal “Žurnal” published that a contract on sale of 47 thousand square meters of land on the seashore near Herceg Novi, owned by BiH state-owned industrial company “Krivaja” from Zavidovići, was prepared in October 2002. This real estate was sold for 940 thousand German marks, although the estimated value at that time was at least 3 million marks. The buyer was a property developer from Belgrade, Mirko Tica, and his representative during the contract negotiation was Izudin Ahmetlić, which is also listed in the contract. 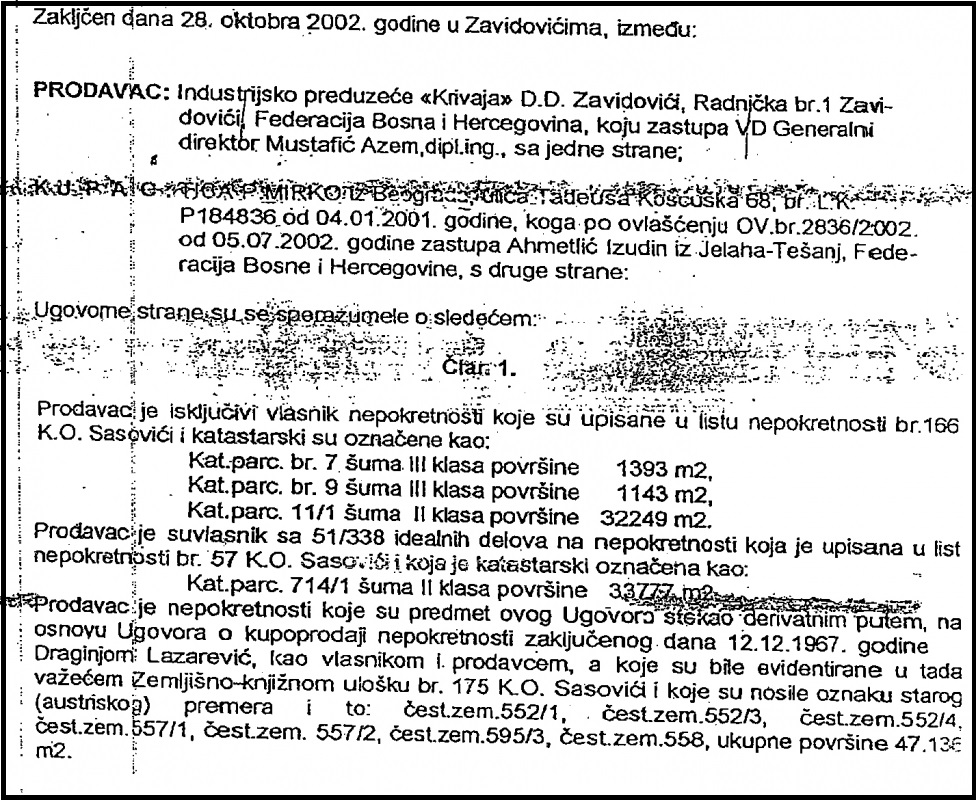 According to the claims that “Žurnal” published earlier, Tica managed to sell that property for 18 million marks. On the track of the information the team revealed that company “Čanj” from Bar is the current owner of property near Herceg Novi, which was formerly owned by company “Krivaja”. CRPS record shows that the owner and executive director of company “Čanj” is the Russian citizen Vyacheslav Telegin.
(zurnal.info)
Podijelite 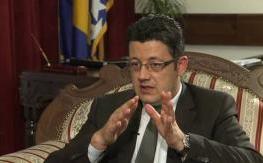